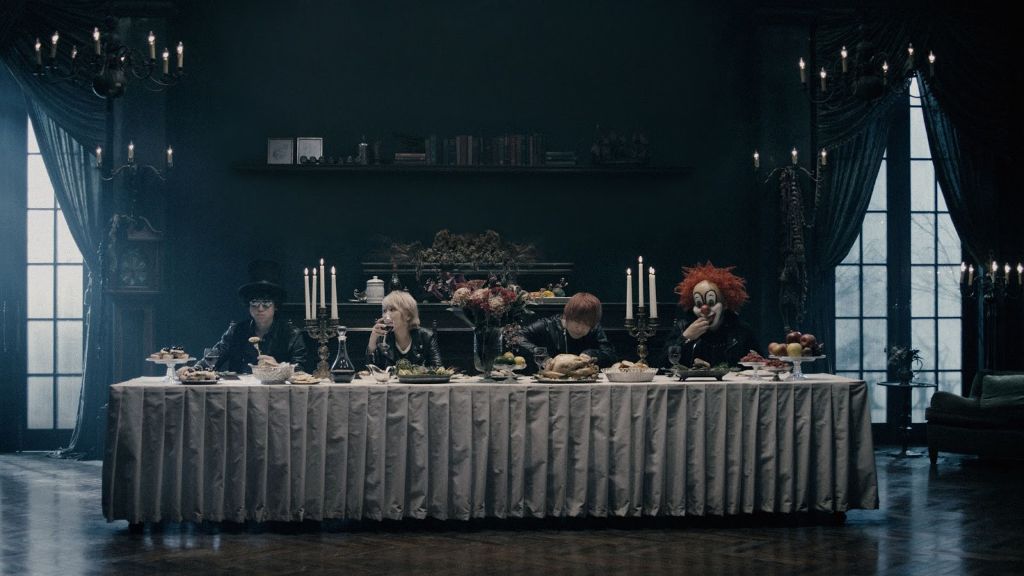 SEKAI NO OWARI has arguably become Japan’s hottest musical export. Since their major label debut in 2011 the band has conquered the Japanese music scene, now setting their sight on the world hoping to bring their “TOKYO FANTASY” to music fans all over the globe. SEKAI NO OWARI collaborated with Adam Young (Owl City) for their latest offering Mr. Heartache.

As previously mentioned we were given the opportunity to have a Q&A with the band and asked our lovley readers to send questions in. 15 were selected by the band, check out the full Q&A after the jump!

1. “SEKAI NO OWARI” means “end of the world”, is it a literal meaning or is there a story behind naming the band that?

When I went through a huge breakdown, there was a moment when I really felt like my world had come to an end. I lost it all then, but there was music that I began playing with my supportive friends. I had to bring myself back up from the bottom in order to move forward. The name SEKAI NO OWARI (End Of The World) comes from my determination to begin from the end. – Fukase

2. We received requests from fans all across the globe asking for you to visit! Including Dubai, Columbia, Malaysia, and Turkey. How does it feel knowing your music has such a large global presence? Do you plan on doing more international concerts in the future?

It hasn’t hit me yet but it’s so great to know that there are people across the ocean listening to our music. We are hoping to tour the world and meet all of our fans. – Saori 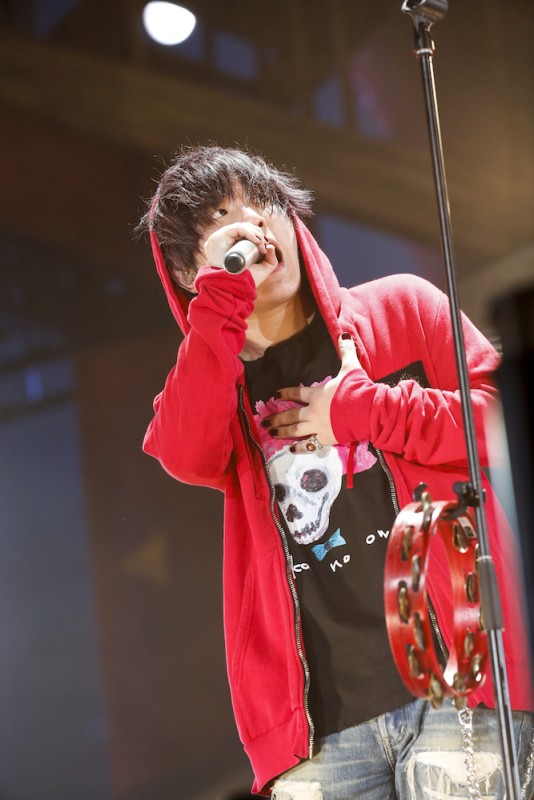 3. Tell us about your very first live performance together.

We played our very first show as a cover band. I was really nervous and can’t recall much. –Saori

4. Do you feel like you have to somewhat change your approach when performing internationally, if so, why and how?

We often use a cooking metaphor when talking about music. Sushi restaurant in Japan is a little different from what it is in the States. It’s been localized. What I’m saying is that we have to do the same if we want to go international. To put it short, we have to make a so-called ‘California Roll’ – Fukase

5. Which is your most memorable performance and why?

The most memorable performance is our very first festival gig at AP bank festival. We played in front of 20,000 people for the first time, and I remember performing not knowing what was actually going on. – DJ LOVE 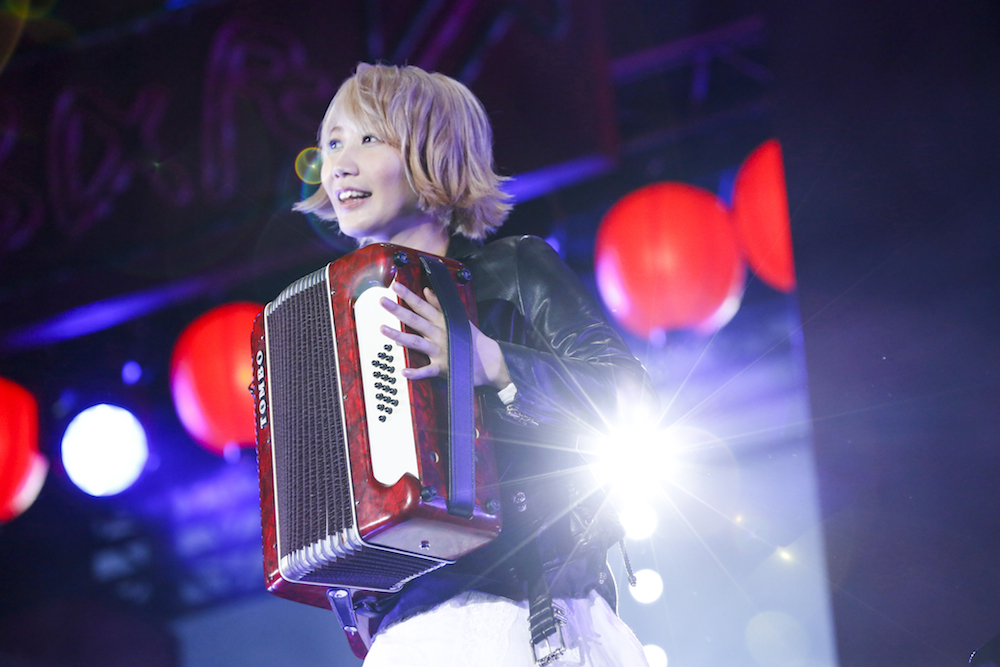 6. Do you prefer to write/record music in the AM or PM, which time gives you the most energy?

I’m pretty good both in the AM and PM. I’m more physically active during the daytime and creatively active at night. – Nakajin

7. Do you have a favourite ritual you like to do before a concert?

I like to take old Chinese medicine for relaxation before a concert. – Fukase

8. What made you decide to start recording songs in English?

We decided to make songs in English because we realized that there are people out there that we can’t reach with our Japanese songs. – Fukase 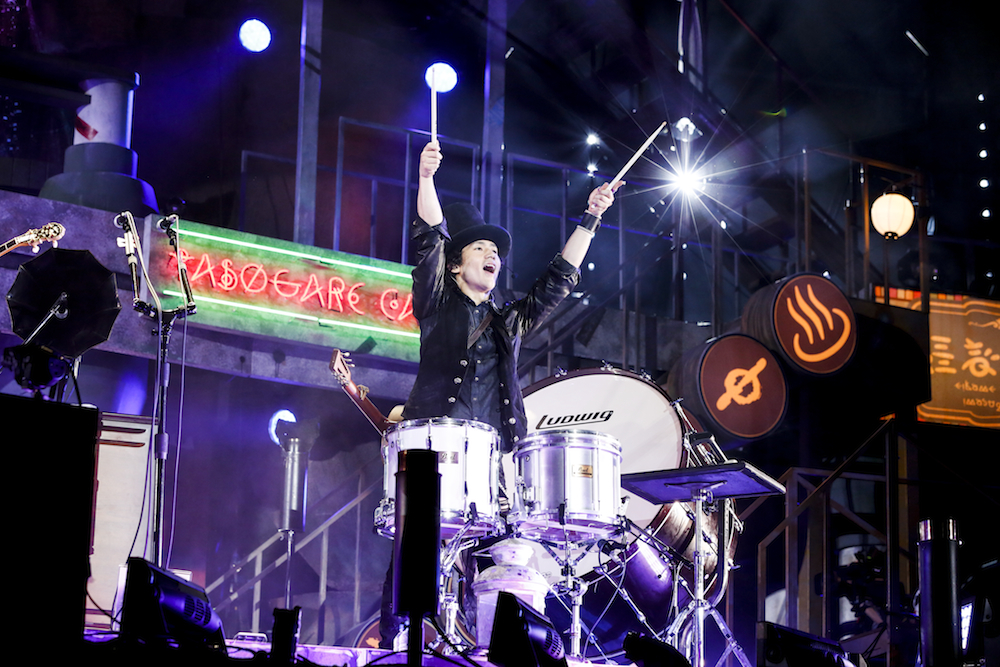 9. Which artists are you guys currently listening to? Please recommend some to us!

Disarm You ft. Ilsey (Grey Remix) by Kaskade
https://www.youtube.com/watch?v=v7AMCMjD7Q8
I really like Grey’s remixes so I’ve listened to all of his work. This would be my favorite out of all. It features acoustic guitar sound, and the riffs are really cool too. I even bought a new microphone because of it so I could record something like that!

I think they sound really unique but we can dance to it and it’s stylish. Especially this song includes relatively fewer sounds but synthesizer phrases are mysterious and addictive.

Ryuichi Sakamoto – Happy End
https://www.youtube.com/watch?v=BgLRlQVx_BI
He’s always been my favorite instrumental artist but I was in awe of his latest work for the Revenant for its soundscape. I really like the soundtrack too but this is the one I listen to the most right now. I was into this song that I even practiced it on piano which I rarely do.

Let Us Be by Xilent

It feels really good when listening to his edgy sounds, and his ability to control the sound structures so precisely. This is set to my alarm sound. Sure it does the work and wakes me up every morning just by the intro part because of the edgy sound! Haha

True Colors by Zedd was the album I listened to the most last year. And this next following song by him sounds innovative and very interesting to me. The melody that Aloe Blacc singing is very beautiful, I can’t help but start humming.

10. The transition of going from indie to major label can be quite an experience, what were some positive and negative aspects to making the change.

I believe that our experience cannot be divided in to just two categories, or positive and negative aspects. We’ve always been who we are and gradually we gained a bigger team. – DJ LOVE

11. For Saori and Nakajin: you both play a lot of instruments, is there another instrument you are interested in learning how to play?

I’m interested in learning to play guitar. It’s easy to carry around, so I can take it everywhere and play acoustic and sing along. – Saori

For me it would be violin because it’s really hard to control it on programing and make it sound exactly how I want. I can play mandolin, which is tuned the same way as violin, and I also play shamisen, a Japanese 3 stringed fretless instrument, similar to banjo. Since I already play these instruments I feel like I will be able to play violin as well. I haven’t had a chance to try it though. – Nakajin 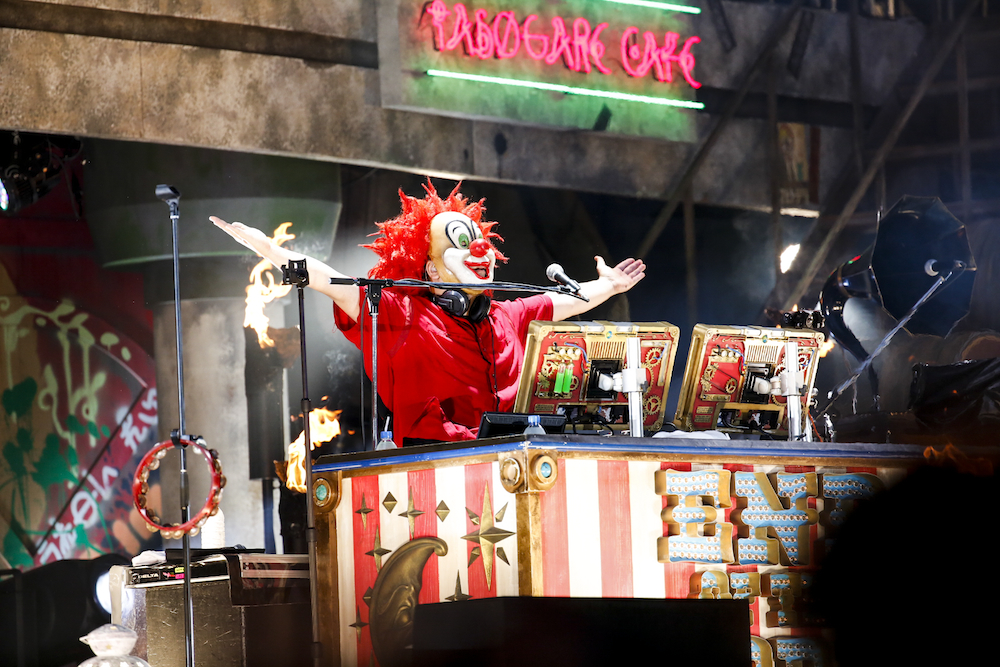 12. For DJ LOVE: How do you keep your identity a secret? Have you ever thought about changing the clown mask?

Minor changes have been made in the past, but we aren’t really planning to make it totally different. I have nothing to worry about when I take off the mask. People aren’t looking for me wearing the mask 24/7 in the city. – DJ LOVE

13. For Fukase: We’re really happy to see that VOCALOID Fukase is popular among vocaloid users. Have you heard it before? How does that feel to hear original songs using your voice?

Of course there are many favorite vocaloid songs. I’m really happy about my own vocaloid. It’s a weird feeling when a song plays, and I hear my voice sing a song that I’ve never sung before. – Fukase

14. What is it like living together in the Seka Owa House? Does it sometimes get tiresome being together so often?

We don’t get tired of each other because we all have our own bedroom. On our days off we go to natural hot springs and also go skiing during winter. – DJ LOVE

15. Can you give any words of inspiration for people in regards to pursuing their dream?

Don’t listen to other people. – Fukase 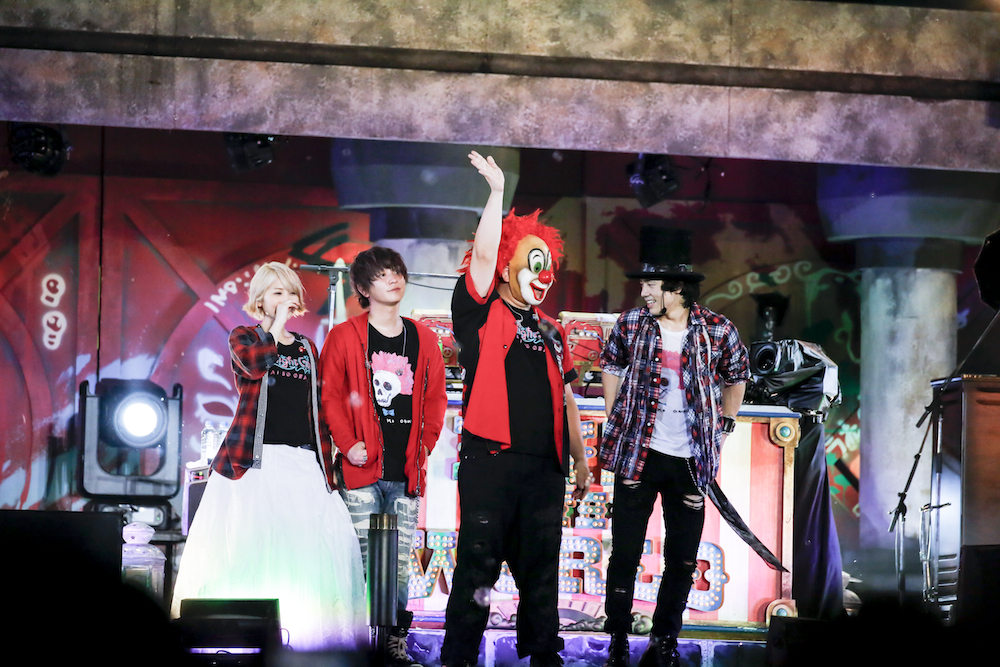 SEKAI NO OWARI will be performing August 17th in L.A at The Roxy Theater, and in New York on August 23rd at The Bowery Ballroom.