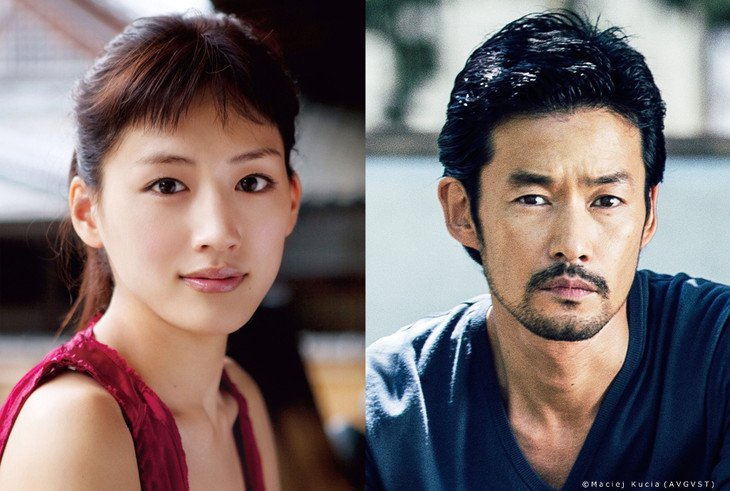 The popular 4-panel manga series Gibo to Musume no Blues will be getting it’s own live-action drama series starring Yutaka Takenouchi and Haruka Ayase as the lead stars.

Set to air on TBS, it will hit Japanese television screens in July and air every Tuesday at 10:00PM. Ayase will play the character “Akiko”, while Takenouchi will play “Ryoichi”.

Ryoichi is a salary man who has an 8 year old daughter from a previous marriage. After dating with Akiko for a while, he eventually proposes, and she accepts. Akiko is a very career minded woman, so much so that she tends to use business terms in every day conversion.

She has a good position in her company, which just so happens to be a rival to Ryoichi’s workplace. The two are very unaccustomed to doing housework and making sure a “family home” runs smoothly in general, causing them to learn on the fly while trying to raise their daughter.

In a statement Ayase revealed that it’s a story that will definitely make you smile, it’s very warm and funny. Furthermore, this is the first time where she’s had the opportunity to play a mother-in-law, so that was a fun challenge.