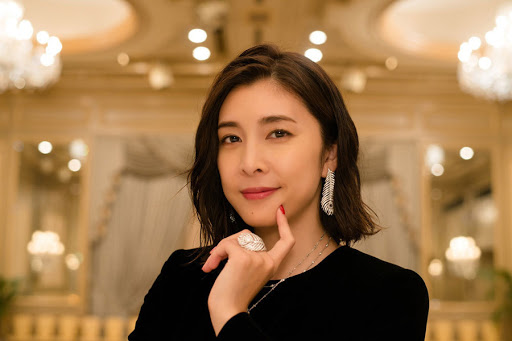 It was reported that actress Yuko Takeuchi (40) was found dead at her residence in Tokyo. The Metropolitan Police Department is carefully investigating the possibility of suicide.

Yuko Takeuchi is an actress who has headlined several popular dramas including the getsu9 drama “Lunch no Joou” and “Strawberry Night”. Her most recent role appearance is in the movie “The Confidence Man JP: Episode of the Princess”.

Takeuchi married Kabuki actor Shido Nakamura (48) in 2005 and gave birth to their eldest son in the same year, but divorced in 2008. In 2019, she married actor Taiki Nakabayashi (35). In late January this year, she gave birth to her second baby boy.

Takeuchi was born in Saitama Prefecture on April 1, 1980 (Showa 55). After graduating from junior high school, she was scouted in Harajuku, Tokyo and joined the entertainment industy. In 1996, she made her drama debut as a high school girl in Fuji TV’s “New Thursday’s Kaidan Cyborg”. In 1999, she was selected as the heroine in NHK’s asadora “Asuka”, and in 2001, she starred in the TBS drama “Shiroi Kage”.

n 2002, she starred in her first FUJI TV getsu9 drama “Lunch no Joou”. She won the Outstanding Leading Actress Award at the Japan Academy Awards for her movies “Yomigaeri” in 2003 and “Ima, Ai ni Yukimasu” in 2005. In 2010, she challenged her first detective role in the drama “Strawberry Night”. She has also been a popular face in commercials for food, pharmaceuticals, and cosmetics.