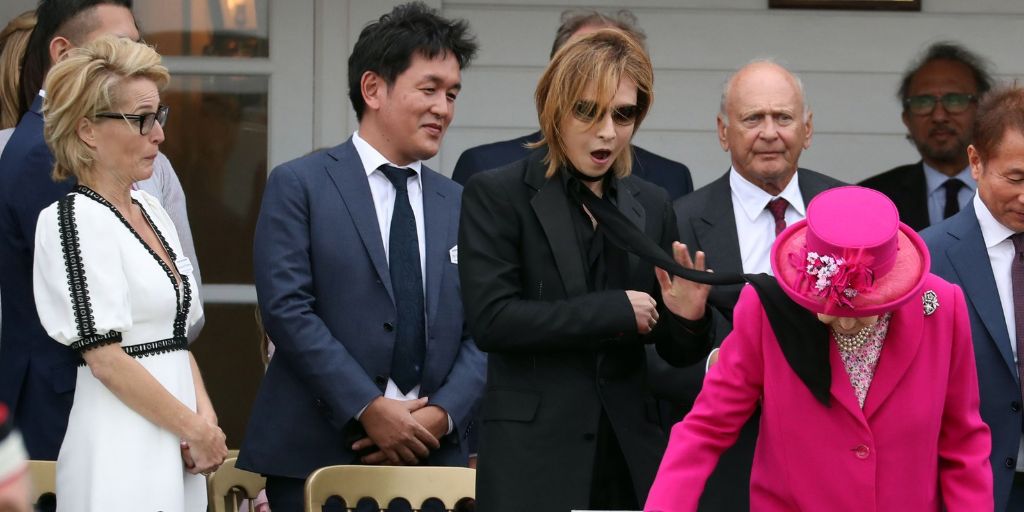 X JAPAN’s Yoshiki made international headlines this past weekend as a result of an unexpected brush with the the Queen of England at a polo event.

On June 23, Yoshiki and Queen Elizabeth II were in attendance at The Royal Windsor Cup Final at Guards Polo Club in Egham, England when his scarf came into contact with the monarch and landed on her shoulder.

Both Yoshiki and actress Gillian Anderson, who was also in attendance, were taken aback and open-mouthed by the scarf gone rogue.

Yoshiki played it considerably cool for arguably breaking “royal protocol” of not touching the Queen. Yoshiki quickly reeled back his scarf and gave a hair flip to collect himself.

The queen, decked out in a bright pink ensemble and white gloves, did not react and continued to address the guests.

“I’m so sorry it happened, but a gust of wind blew up,” wrote Yoshiki on his personal Instagram page. “I talked to the Queen afterwards and Her Majesty was very sweet.“

The 93-year-old Queen was not harmed by Yoshiki or his accessories.