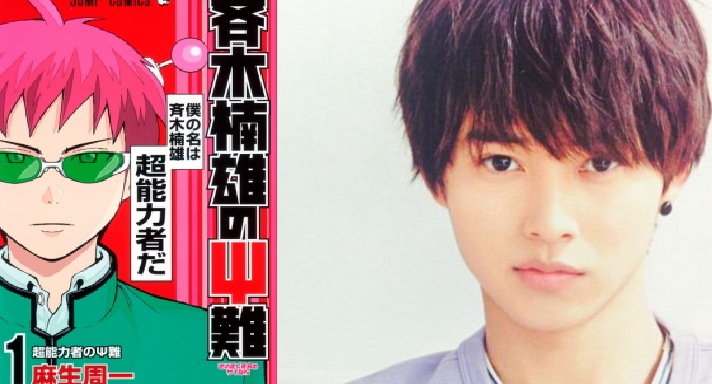 It has been revealed by Shounen Jump that the manga, The Disastrous Life of Saiki Kusuo ( Saiki Kusuo no Ψ-nan) will have a live-action adaptation starring by none other than the live-action prince, Yamazaki Kento! 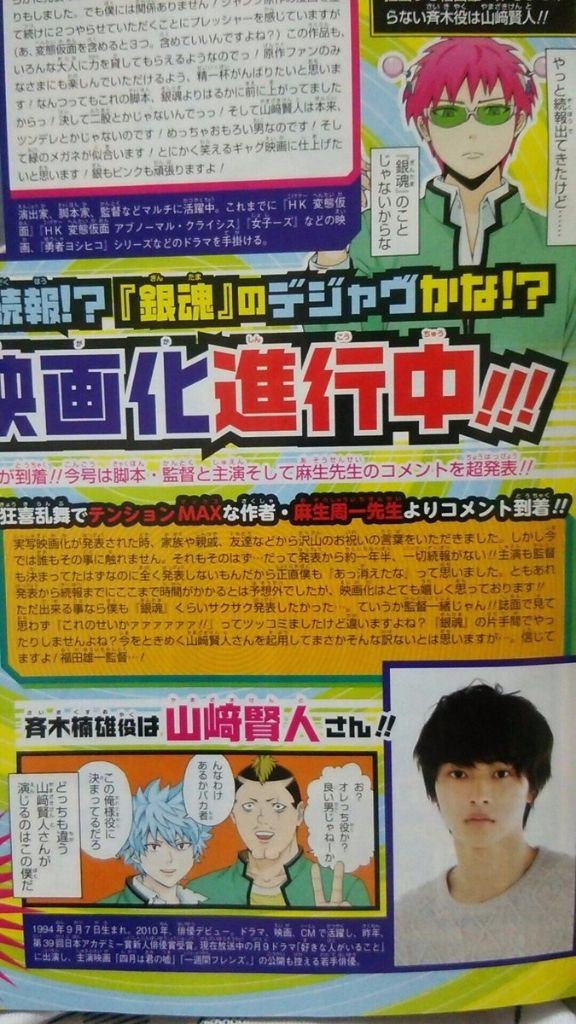 Saiki Kusuo no Ψ-nan is an ongoing manga since 2012. It focuses on Saiki Kusuo, a boy who has been given ESP abilities including ESP and psychokinesis. This has allow him to get whataever he wants. However, he caught the attention of the media after a rumor spread that he has never lost in janken. Because of that, he stopped showing his special abilities to anyone. Reaching second year high school. however, has slowly changed his resolve.

The anime adaptation is currently airing in TV Tokyo and licensed by Funimation. There are no further announcements with the other casts but we will update you soon once they are revealed!