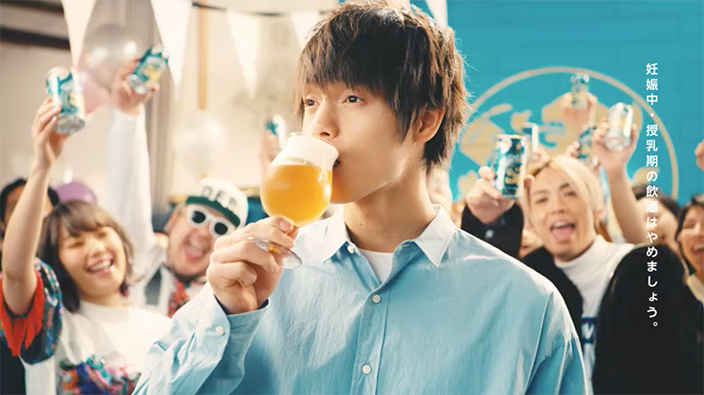 Actor Masataka Kubota has been selected to appear in a brand new set of CMS for Sapporo Beer’s “#NoBitterLife” campaign. The CMS began airing nationwide all across Japan beginning over the weekend.

The CM directly ties in to a music video from the band Friends, which uses footage from the MV itself. The MV for #NoBitterLife takes place at a house party, Kubota shows up right when the party is at full swing.

He’s quickly handed a beer and partakes/watches the usual party activities. Drinking, dancing, eating, professional wrestling, it’s all there! The MV features a bunch of celebrity cameo appearances, try to spot them all.

The campaign in particular is promoting Sapporo’s White Belg beer. Unlike most beer, it’s said to have a very fruity and refreshing taste, hence the hashtag “NoBitterLife”.

Meanwhile, Kubota is enjoying the success of his latest drama series Unnatural, which began airing on January 12th, 2018.