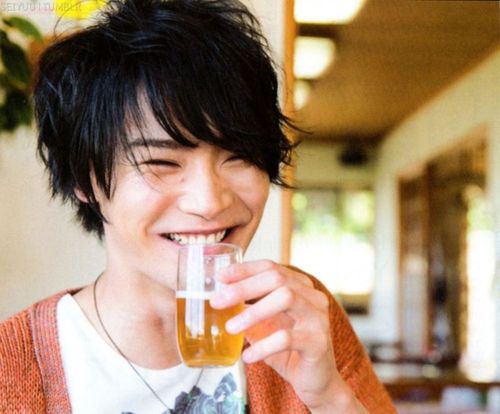 Popular voice actor Yoshimasa Hosoya announced through his official website that he will be going on hiatus for throat treatment due to doctor’s diagnosis.  He is scheduled to return before the end of this year.

You may not know his name or face, but you may be able to recognize his voice.  A few of his well-known roles includes Otabek Altin of YURI!!! on Ice, Asahi Azumane of Haikyuu!!, Nezumi of NO.6, Daryun of Arslan Senki, etc.  He can also be heard in the second Free! compilation film, Free! -Timeless Medley- Yakusoku (Promise), where he has returned for the role of Sousuke Yamazaki.  Hosoya has been especially busy in this spring 2017 season.  His current roles includes Reiner Braun of Attack on Titan season 2, Fumikage Tokoyami of Boku no Hero Academia season 2, Kakeru Tengenji of Starmyu season 2, and Rintarō Kira on Kenka Banchō Otome: Girl Beats Boys.

Furthermore, the official Twitter account for Ensemble Stars! announced that role of Hokuto Hidaka, the character originally voiced by Hosoya, will be replaced by Tomoaki Maeno.