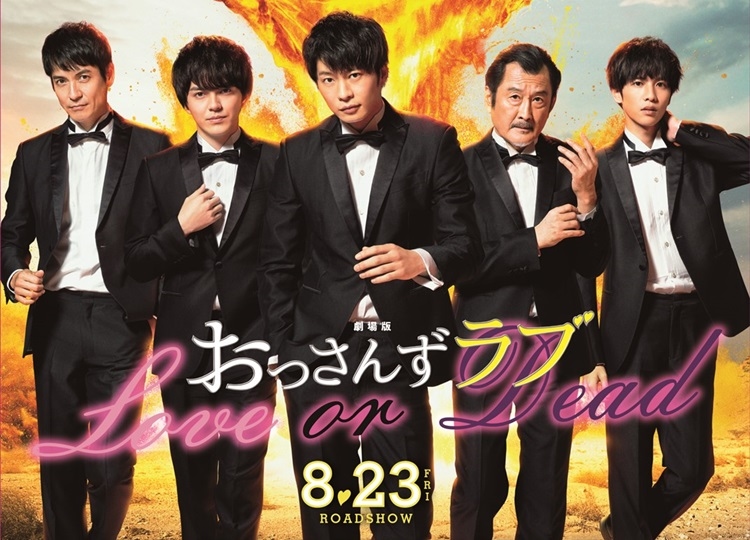 The visuals and trailer for the highly anticipated film “Ossans’ Love: The Movie” has been released!

Starring Kei Tanaka and Kotaro Yoshida, the film is a sequel to the immensely popular drama series “Ossan’s Love”. In the drama Soichi Haruta (Kei Tanaka) a 33-year-old single man working at a real estate office. He wants to get married but has awful luck with women.

He lives comfortably with his mother but one day she decides that he should become more independent. Unable to cook, clean, and do laundry living alone becomes quite an issue for him. Soichi decides to become roommates with his co-worker Ryota Maki (Kento Hayashi), and luckily for Soichi, Ryota is great at cooking and cleaning.

Filming for “Ossan’s Love: The Movie” completed this month. Rock duo Sukima Switch will be providing the theme song for the film. A special report was released for the film, but unless you live in Japan you’re out of luck as it’s banned for viewing in every single other country.

Luckily for everyone else JIJIPRESS is here to save the day with a 30 second teaser. “Ossan’s Love: The Movie” will be released on august 23rd, 2019.