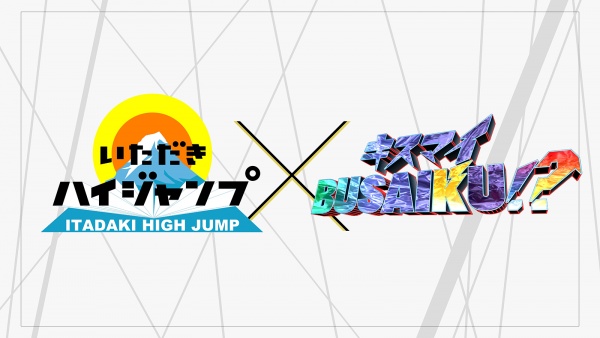 It has been announced that Hey! Say! JUMP and Kis-My-Ft2 will appear together for Fuji TV’s FNS 27 Hour TV, airing July 23-24.  This will be the first time that the two groups will co-appear on a variety show.

Fuji TV currently airs “Itadaki High Jump” featuring Hey! Say! JUMP in which members risk themselves to solve the world’s biggest matters, and “Kisumai BUSAIKU!?” featuring Kis-My-Ft2 where members compete against each other in different situations to be ranked the most appealing.  The two shows’ concepts will be combined, and members of both groups will compete against each other.  Themes will include swimming in a pool, and also a competition in front of a live all-women audience on kissing the most ‘kakkoii’ way.

This year’s 27 Hour TV will have MCs presenting in relay style, and both groups will be participating as well.  Hey! Say! JUMP’s Kei Inoo will be supporting the MC relay as part of the “27 Hour TV Festival Executive Committee”.  The groups will be participating in numerous other projects as well, including “FNS National High School Super Dunk Championship” (Hey! Say! JUMP as special supporters) and “Naoto Inti Raymi 27 Hour Festival” (Kis-My-Ft2).

Regarding the collaboration with Kis-My-Ft2, Inoo commented, “I’m excited to see what kind of chemistry will form between us.  We don’t have as many opportunities these days to compete with each other like this, so I’m looking forward to what could happen.  Since Hey! Say! JUMP is full of ikemen (laughs), I feel like we won’t be ranked ‘busaiku’…”

Kis-My-Ft2’s Hiromitsu Kitayama added, “Since this will be the first time we’re competing with Hey! Say! JUMP, we definitely can’t lose so we’re getting pretty fired up.” Kis-My-Ft2 regularly receives strict comments from women on their show, but Kitayama joked, “I’m a little worried if Hey! Say! JUMP members’ hearts can endure receiving these kinds of comments.”