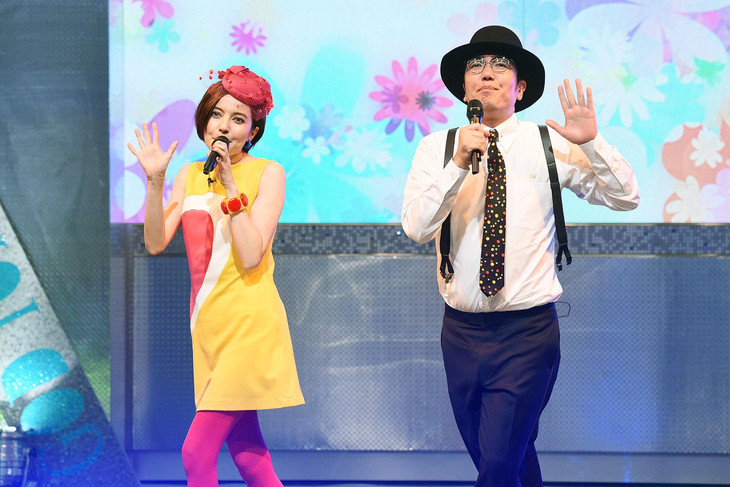 Talent Becky will be stepping on stage to sing again during the upcoming “Goddotan” SP. The episode clocks in at over 3 hours, and will be broadcast on Saturday, August 26th, via TV TOKYO.

One major segment of the show will feature various comedians and talents “battling” it out performing serious love songs. She’s joined on stage by Hiroaki Ogi, one half of the comedy duo OGIYAHAGI. Ogi who usually serves as the MC of the show, was invited on stage by Becky to the delight of the judges and audience. According to reports from filming the duo had one of the best performances from the night, causing the studio to tremble with applause and laughter. Other notable performances include a collaboration between former C-ute member Chisato Okai  & The Asagaya Sisters, and Makoto Ohtake who teams up with Taku Suzuki from Drunk Dragon.

Ever since Becky’s unforgettable scandal with Enon Kawatani, she has slowly began to rebuild her image as a television personality. “Goddotan” first aired in 2005, and 12 years later the shows popularity has continued to stay stable. This anticipated SP will without a doubt continue to help repair Becky’s “broken” image.

Becky originally began her music career during her debut year in 1999, where she released the single “Soratobu Pokemon Kids“. She released some more sporadic singles over the years, and then in 2009 started to release music on a more stable schedule under the name “Becky♪♯”.  Her last release was the 2013 best album “3Shine! ~Singles & More~“.