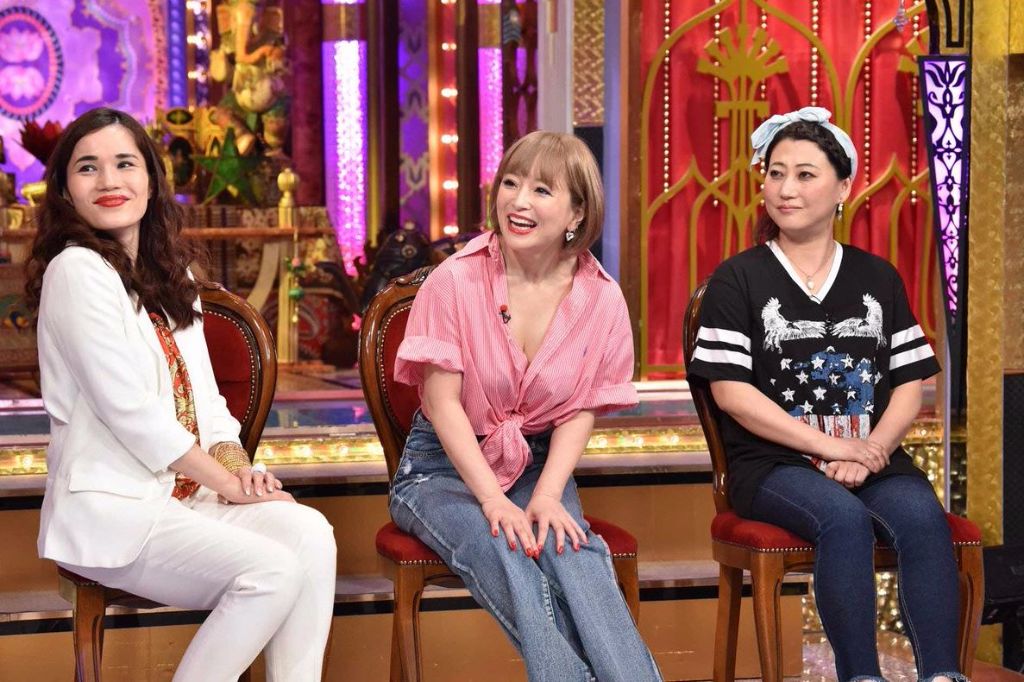 Prepping her image for her 20th anniversary promotions next year, chanteuse Ayumi Hamasaki has been doing a string of variety show appearances to remind the public she’s a relatable, hardworking queen.

Throughout her career, Hamasaki has appeared on music programs many times, but she has never been this active in the variety circuit. Hochi reports that it was revealed that 25 staff members came with her for this appearance, including:

Of course, with all this material to feed off of, popular Japanese forum Girls Channel had a field day.

For reference, here’s a clip of how she looked on the episode. In the clip, she blindly touches the bald head of Saito-san from the comic duo Trendy Angel, who we previously saw on stage with her on tour for her latest album “M(A)DE IN JAPAN“.

Select comments from Girls Channels thread about this topic: