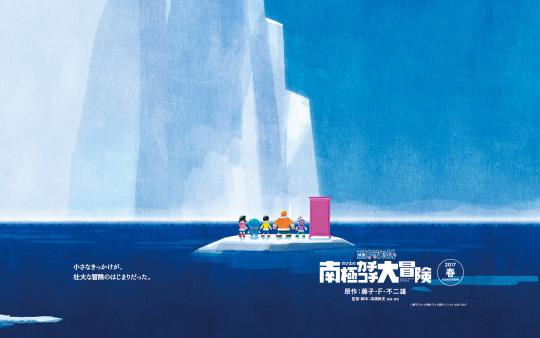 The trailer for the 37th installment in the Doraemon film franchise has been released. Doraemon the Movie 2017: Great Adventure in the Antarctic Kachi Kochi will be in theaters spring of next year.

There’s a theory that 65 million years ago, the earth was completely frozen, giving it the title of Snowball Earth. This time, Nobita and his friends are going on an adventure to Antarctic, where they find a huge hidden secret! Along the way, they meet a strange creature named Paopao and a girl named Kaara. What exactly do these two have to do with the ancient ruins they discovered?

The 2017 story line will be an original; however Paopao’s design is identical to a character that appeared in the 2009 Doraemon film.