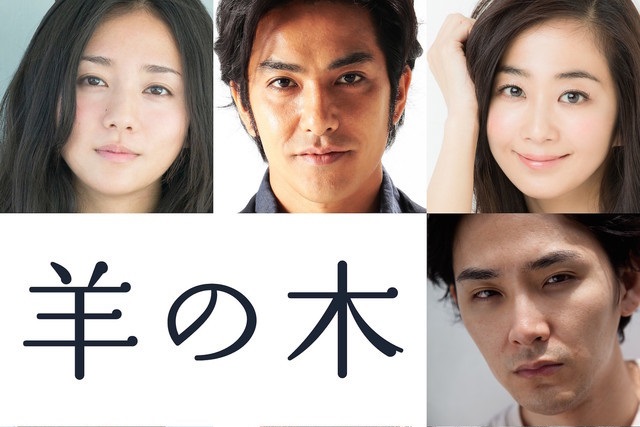 A live-action film adaptation of Tatsuhiko Yamagami and Mikio Igarashi’s “Hitsuji no Ki” (The Sheep’s Tree) manga has officially been announced! Ryo Nishikido has landed the lead role of “Hajime Tsukisue”, a kind-hearted public servant who has knowledge of a special government project hidden from the public.

The plot of the manga revolves around a former seaport town that becomes the base for a secret government project. Former convicts are sent to live in the town, however virtually no one in the town is aware that these new citizens are former criminals. The story delves into the building tension between all the convicts, whose true intentions are unknown, and the unaware citizens.

Fumino Kimura will be playing the role of Aya, a former classmate of Hajime Tsukisue who is returning to town where the government project is being conduced. Kazuki Kitamura will be playing Masashi Sugiyama, one of the former criminals and current owner of a fishing shop. Yuka, Ryuhei Matsuda, Shingo Mizusawa, Min Tanaka, and Mikako Ichikawa round out the rest of the main cast.

Filming will begin in October, a commercial release for the film is currently scheduled for 2018.