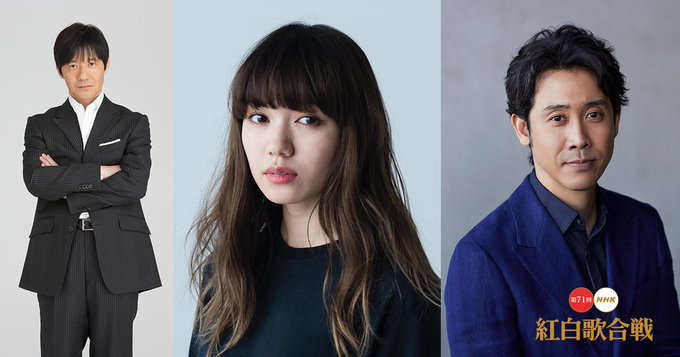 NHK has announced the hosts for the “71st Kohaku Uta Gassen”. Uchimura Teruyoshi and anchor Kuwako Maho will serve as general moderators. Actor Oizumi Yo will lead the white team while actress Nikaido Fumi has been chosen for the red team.

This will be Uchimura’s 4th time hosting for 4 consecutive years while this will be Kuwako’s 3rd time following 68th and 69th Kohaku Uta Gassen.

This is the first time for Nikaido to be hosting for the program. She has appeared in several NHK taiga dramas such as “Taira no Kiyomori”, “Gunshi Kanbei” and “Segodon”. In the asadora drama “Yell” aired in March this year, she played the heroine Oto Sekiuchi, wife of the main character and became the “morning face of Japan”.

On the other hand, this will be the first time for Oizumi to host the program. He has appeared in NHK taiga dramas “Ryomaden” and “Sanada Maru” and in the asadora drama “Mare”. Since 2018, he has also served as the host for the NHK music program “SONGS”.