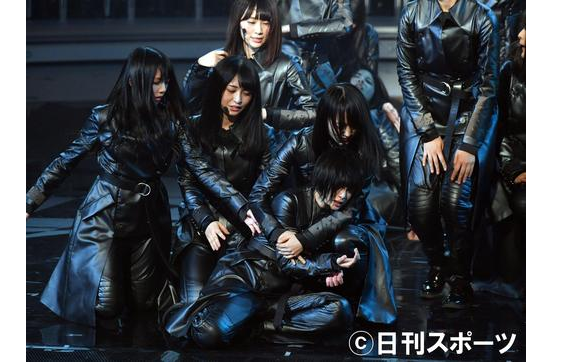 Three members of Keyakizaka46 collapsed during their performance of “Fukyouwaon” on Kouhaku. This is their second performance of the song featuring a collaboration with main host Uchimura Teruyoshi. During the performance, Hirate Yurina was already seen shaking and breathing hard. In a pose with Uchimura, her hands were trembling hard and could not pose properly. At the end of the performance, Suzumoto Miyu fainted during the final triangle formation. Hirate Yurina and Shida Manaka also collapsed in the end.

According to NHK, the three members were diagnosed with hyperventilation and were attended by a nurse and physical condition recovered. They were not transported to the hospital and rested in the dressing room.

After the program, the official twitter account of Keyakizaka46 posted a commemorative photo. The three mentioned members show off their smiles in the photo although fans are still voicing out their worry over their condition.