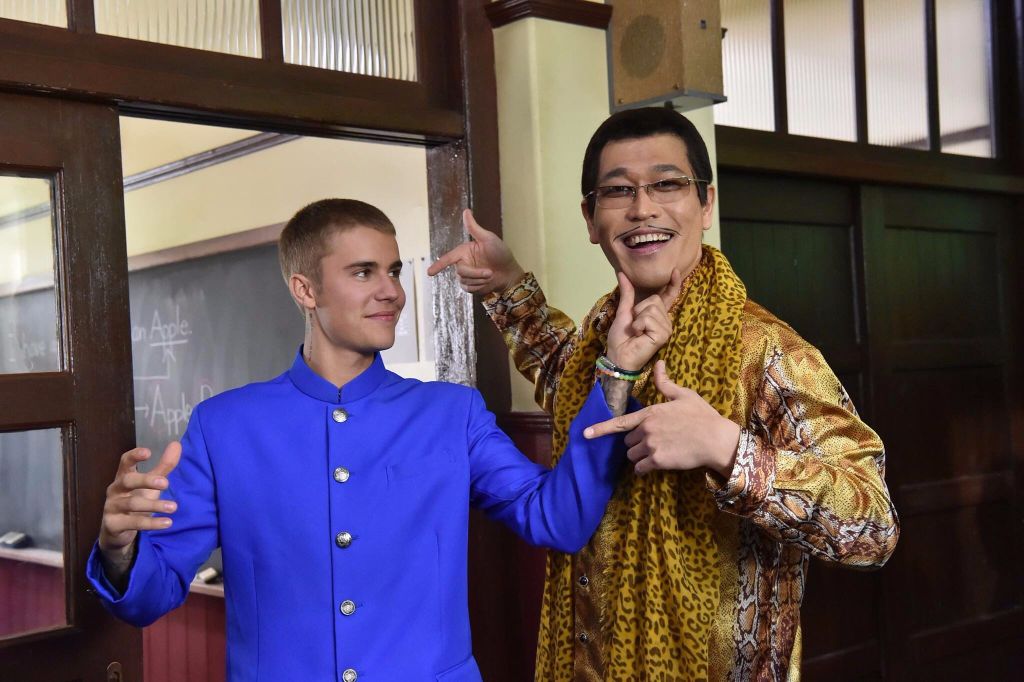 In the US, the CBS network will broadcast the show live from the Staples Center in Los Angeles and will recognize the best recordings, compositions, and artists of the past year.

Not only has the 46-second song been viewed hundreds of millions of times on YouTube, seen in countless memes across social media, and spawned parodies, PPAP was officially recognized by the Billboard 100 as the shortest song to ever make it on to their charts.

And to think all of this attention came to this creative genius by picking up a pen, writing about his background of being from Japan’s biggest apple-producing region, Aomori Prefecture, and realizing that he had a can of pineapples on the table.

Perhaps he will meet up with Justin Bieber, who helped catapult him to the world stage when he first tweeted about PPAP being his favorite song. The two recently met up to film a SoftBank commercial together. In the video, Pikotaro seems surprised by Bieber’s appearance and the two kick things off splendidly, laughing it up and posing for silly photos.

Bieber himself is up for four GRAMMY Awards this year, including Album of the Year.

Piko-Taro will take part in the live Grammy’s broadcast of WOWOW on Sunday.