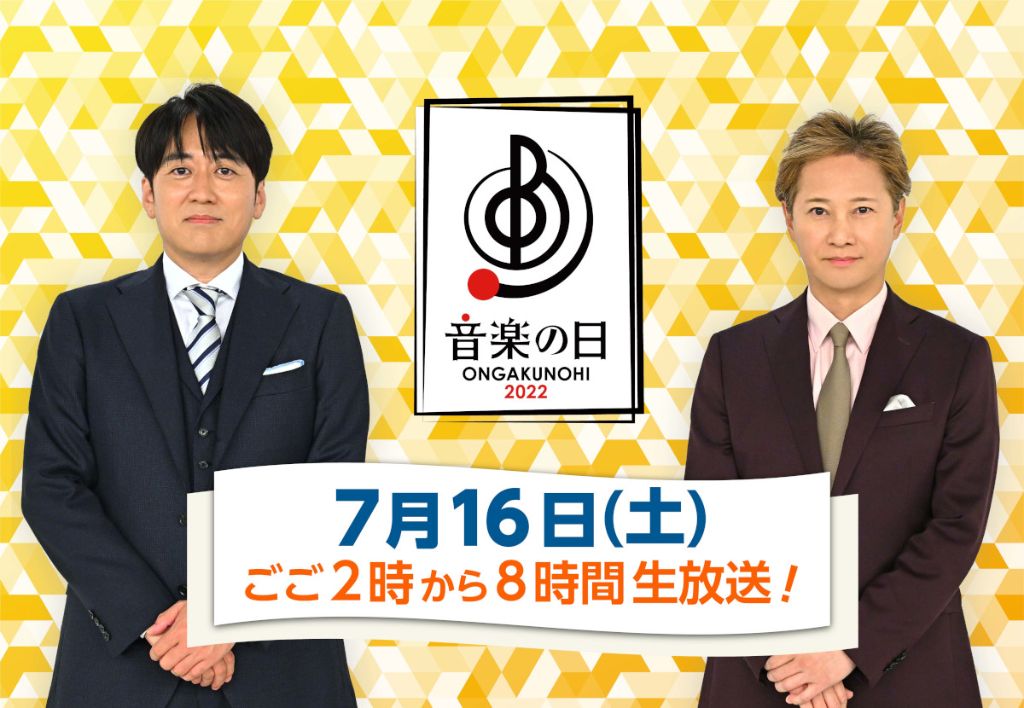 On July 16, “Ongaku no Hi 2022” will air. The show will feature performances by the likes of NiziU, Macaroni Enpitsu, Official HIGE DANdism, Tani Yuuki, Yuuri, and Perfume.

The second set of performers has now been revealed! King Gnu will make their “Ongaku no Hi” debut this year. AI will perform in Hiroshima, while MISIA will perform in her hometown of Nagasaki. BEGIN, DA PUMP, and ORANGE RANGE will perform in their native Okinawa as part of the commemoration of the 50th anniversary of the return of the islands to Japanese rule.

See who else was added to the lineup below!