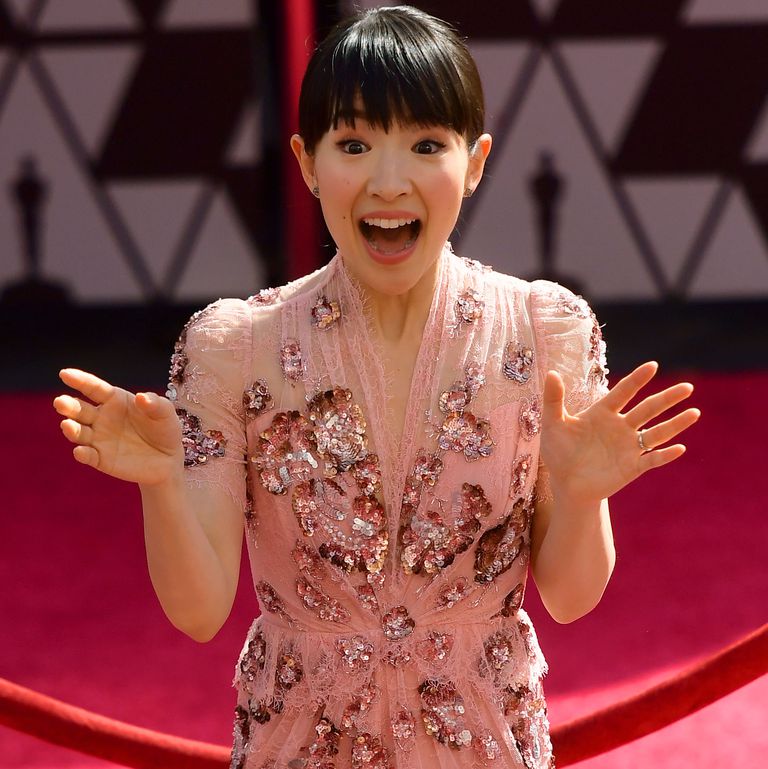 Everyone’s favorite professional organizer Marie Kondo graced the red carpet for the 91st Academy Awards. Marie became an international sensation thanks to the success of her Netflix series “Tidying Up With Marie Kondo”.

Marie wore a dress from British fashion designer Jenny Packham. The full length pink dress was made of lace, and decorated with dark pink and white flowers made out of sequin.

Joining Marie on the red carpet was her husband Takumi Kawahara, CEO of the media company KonMari Inc. Wearing a sleek navy suit, Takumi subtly matched his wife by wearing a red/pink pocket square! The two married back in 2012.

In 2011 Marie made her mark with the hit book “The Life-Changing Magic of Tidying Up“. After becoming a hit in her home country, it received a large following in Europe and eventually was published in over 30 countries.

Netflix hasn’t confirmed if a second season of “Tidying Up With Marie Kondo” will begin production, but it’s safe to say it will return due to the overwhelming positive response the first season has received. The show was available for streaming beginning on January 1st, 2019.