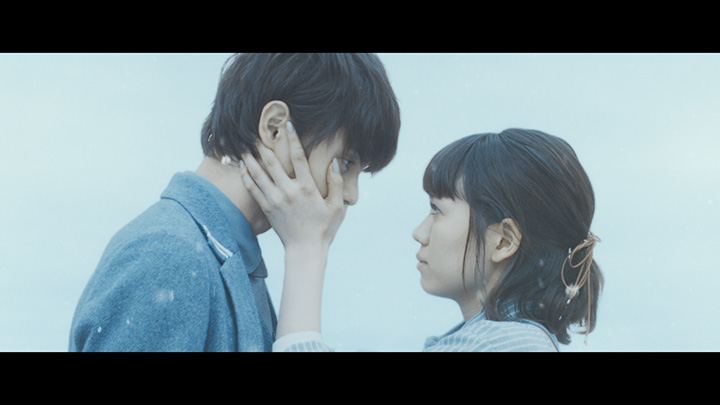 What can you get when you mix two talented (and undoubtedly very charming) young actors of the moment with the aesthetics of Shiseido Maquillage, magical vision of an acclaimed movie/CM director and add a song of a popular, moody rock musician? See for yourself, as the short movie “Sakasama ni Furu Yuki” (lit: The Snow Falling Backwards”) from the Shiseido brand promotional campaign “Snow Beauty 2016” starring Fumi Nikaido and Masataka Kubota is now available for viewing. Don’t miss to check it out after the jump!

The story starts of with a bored passenger Yuki (Nikaido) waiting for her train to come in a little waiting shelter. Apparently, no trains will come soon due to the heavy snow and she is alone with the clumsy station master Shiro (Kubota). The two start to pass the time by dancing, but when Shiro spoils a bucket on paint on the wall, Yuki comes up with the new idea.

Yuki, who confesses she is a designer facing a slump, starts painting colorful windows on the blue and gray tiles. When Shiro asks her to paint a “summery window”, she is surprised that he has never seen a sunflower before. The tone of the movie suddenly changes: “Do you remember how we got here? Shiro asks, we notice that there are no doors in the waiting shelter, soon the laws of gravity will be defied and the story will lead us to its conclusion.

The theme song “Himawari ni Tsumoru Yuki” is written and performed by Kazuyoshi Saitou. The song was inspired by the character Yuki, played by Nikaido and her story. The song was also released as a single on 8th July.

Director Show Yanagisawa,  has been mostly creating commercials and music videos. However, his first feature film “Hoshigaoka Wonderland” (eng. title Lost and Found) (2016) has been nominated at the 39th Montreal World Film Festival First Films Competition. “The >point< of this movie is in Yuki’s face in the beginning of the story and in the last cut” Yanagisawa explained. “I would like the viewers to focus on the subtle changes in Fumi’s features, that show how big for her was the gift she received from Shiro.” 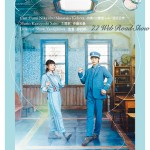 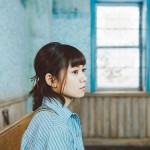 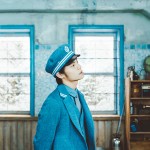