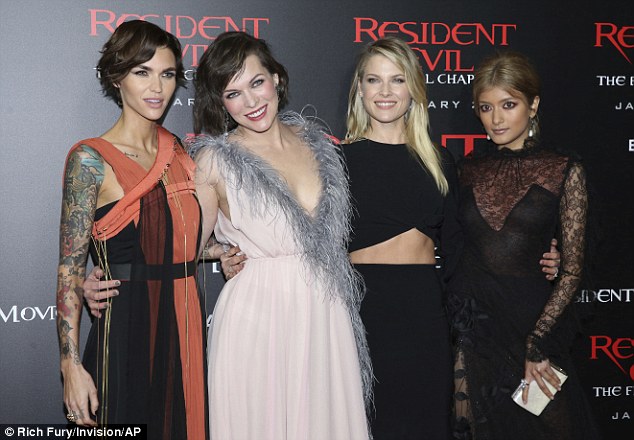 Talent, model and now actress Rola has officially made her Hollywood debut. Resident Evil: The Final Chapter is the sixth and final installment of the Resident Evil movie series, and will be hitting North American theaters on January 27th, 2017. In the film the half-Bengali beauty plays the role “Cobalt”, one of the few survivors of the events that occurred in the climax of the previous film Resident Evil: Retribution, leaving humanity on it’s last legs.

Rola hit the red carpet wearing a striking black lace gown by the American luxury fashion brand Rodarte, pairing it with dramatic red eye makeup and a simple but sleek ponytail. Rola did a solo strut down the red carpet, and then joined her fellow female cast members Milla Jovoich, Ali Larter, and Ruby Rose. It looks like this endeavor into acting will payoff for her, ahead of the North American and U.K Premiere the film has already grossed $35.1 million USD against a budget of $40 million, and currently has a respectable score of 7/10 on IMDb.

Pictures and videos of Rola on the red carpet can be seen below!