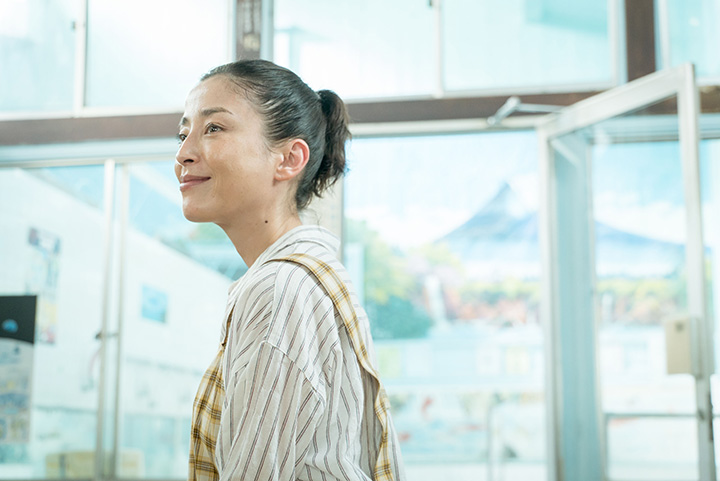 Rie Miyazawa is starring as a mother sentenced to 2 months left to live in the new Ryouta Nakano‘s movie “Yu wo Wakasu Hodo Atsui Ai” (Her Love Boils Bathwater). The anticipated heart-warming drama is set to hit the theatres in October this year, but the participants of the 40th World Film Festival in Montreal will have a chance to see it earlier. The film fest will be held from 25th October to 5th September. Check more details and the trailer after the jump!

Rie Miyazawa plays Futaba, a cheerful woman whose family owns a bath-house – now out of business. When her husband (Joe Odagiri) ran away a year ago, she switched to part time job to support their daugther (Hana Sugisaki). One day, she hears the horrifying verdict: she has no more than 2 months left. When initial shock passes, she decides what she must do in this limited time. She brings back her husband (now with a second daughter of his own), she revives the bathhouse business, helps her delicate daughter to deal with her issues. She brings her patchwork family closer together and soon they come to terms with their mother’s condition and decide to say their farewells with the same amount of love.

Apart from Miyazawa, Odagiri and Sugisaki in the main roles, Tori Matsuzaka, Yukiko Shinohara and Taro Tsuruga will appear in supporting roles. An “almost” newcomer child actress Aoi Itou won the audition for the role of the second daughter.

The theme song “Ai no Yukue” will be provided by the band Kinoko Teikoku.

In Montreal “Yu wo Wakasu Hodo Atsui Ai” will be screened in the block “Focus on World Cinema“. In 2008 “Okuribito” (Departures) won the Grand Prix in the same category.

Nakano commented: “I have made this movie with the viewers all over the world in mind. The story takes place in a bathhouse, which is strongly connected to Japanese culture, but less so to overseas. I’m excited to hear the viewers comment: “why do they always paint Mt. Fuji on the walls?” or “aren’t they ashamed to go around naked?” Of course, I’m mostly concerned about how will the world react to the “shocking last scene” and the final message of the movie.” 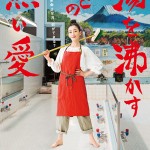 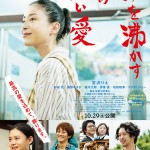