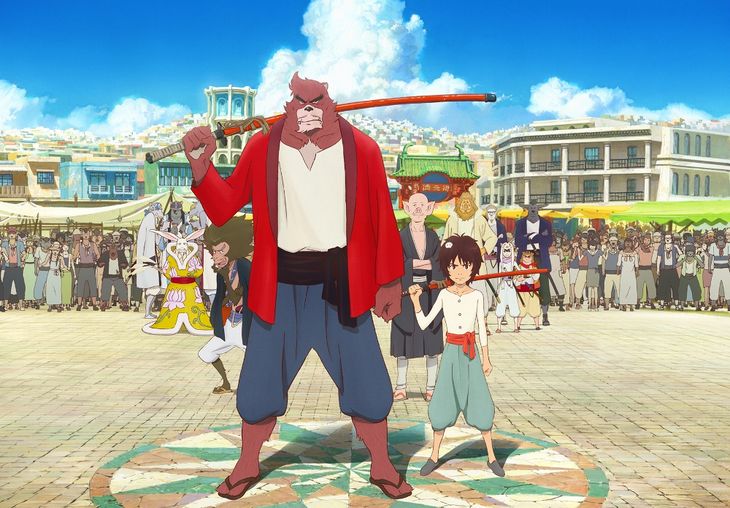 Popular rock band Mr.Children have just announced that they’ll be providing their new song “Starting Over” as the theme for the upcoming animated movie “Bakemono no Ko” (“The Boy and the Beast”).  The film is the latest work by famed director Hosoda Mamoru, known for movies such as “The Girl Who Leapt Through Time”, “Summer Wars”, and “Wolf Children”.

“Bakemono no Ko” will tell the story of a young boy named Kyuuta (played by Miyazaki Aoi & Sometani Shota) who wanders from the Human realm of Shibuya into the Bakemono realm known as Juutengai.  While lost there the boy encounters one of the realm’s residents, a Bakemono named Kumatetsu (Yakusho Koji), and becomes his disciple.

The film will enter Japanese theaters on July 11th, with screenings for other countries scheduled later in the year, but you can catch a glimpse of what’s to come in the trailer below.  The video also provides a preview of “Starting Over”, which will be included in Mr.Children’s new album “REFLECTION” due out this week on June 4th.