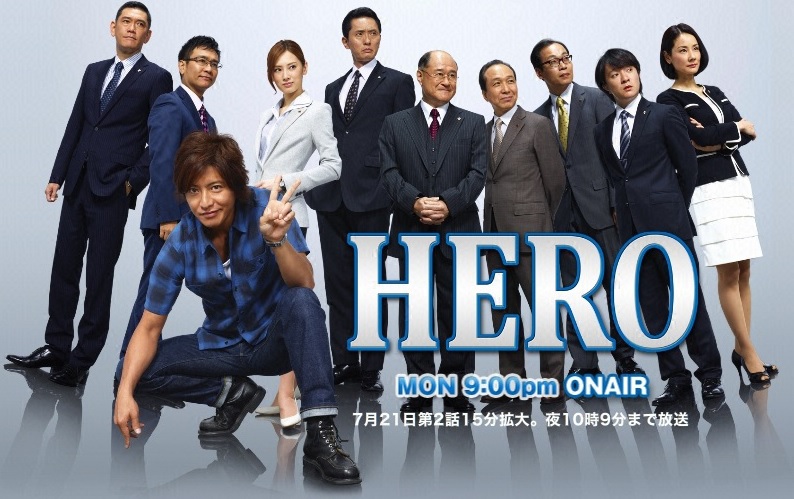 It was announced that FUJI TV’s HERO drama starring SMAP’s Kimura Takuya will return as a movie after 8 years since the last HERO movie. To be released on July 18 next year, the movie will be directed again by Matsuyuki Suzuki and will include Kitagawa Keiko, the new heroine in HERO 2, Takako Matsu, the primary heroine in the first season and, Koichi Sato, in a role that will be in confilct with Kuryu Kohei (Kimura).