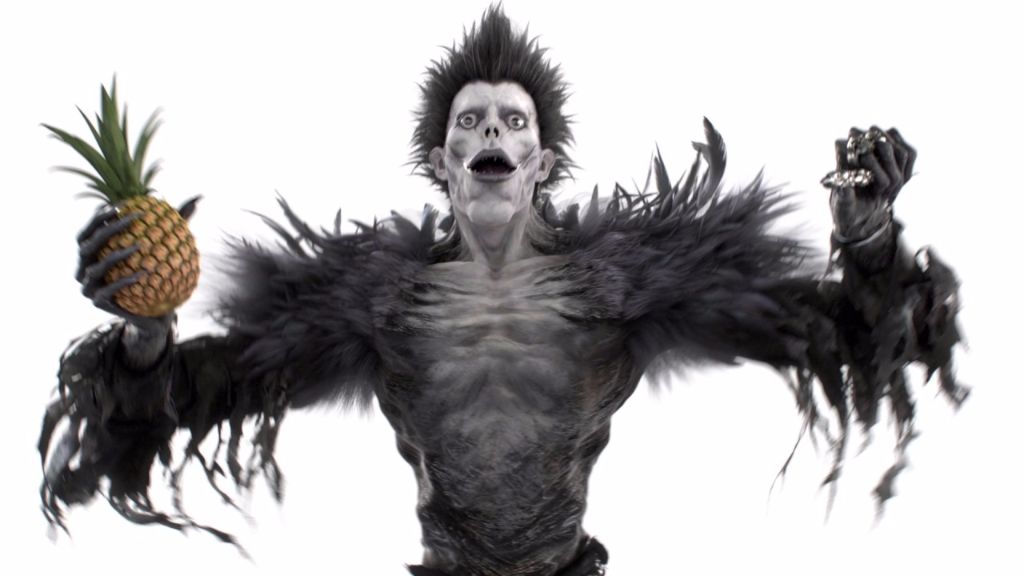 Promotion for “Death Note: Light Up the New World” has been gaining momentum, among this is the “miracle collaboration” between Death Note character Ryuk and global meme PPAP（Pen-Pineapple-Apple-Pen). The video shows Ryuk playfully dancing and lip-syncing to the song that is starting to take over the world. The Ryuk version of Pen-Pineapple-Apple-Pen has already nearly reached 2 million hits on youtube in under 24 hours, looks like this meme won’t be losing steam anytime soon!

Death Note: Light Up the New World was released on October 29th where it instantly went to #1 at the box office, earning 458 Million Yen in it’s opening weekend.