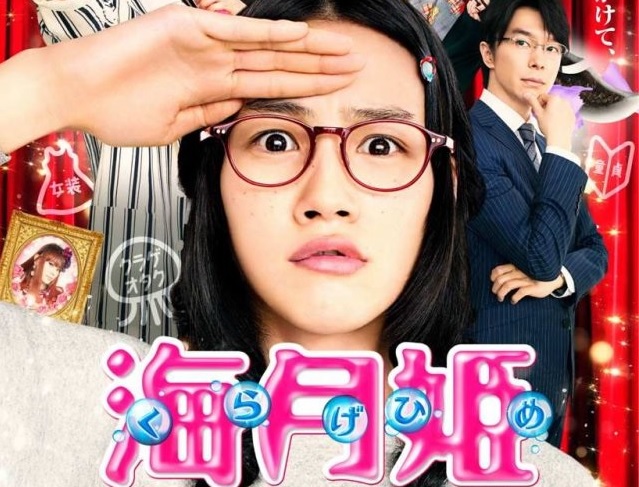 The movie’s theme song, “Mermaid Rhapsody” by SEKAI NO OWARI is also featured in the trailer.

Narrator: Otaku- The culture that Japan boasts about to the world.
Tsukimi: Um… I’m sure you know plenty well that the raising of jellyfish is very difficult, but-
Clerk: What’s up wih your strength!? Police! Police!
Text: Rena Nōnen as jellyfish otaku
Narrator: In a dorm forbidden to boys, what appeared in front of these girls who did not need men, and spent their time increasing their geekiness was…
Writing on letter: A life that needs no men
Tsukimi: She was like a princess…
Kuranosuke: I’m a guy. I’m Kuranosuke. Nice to meet you.
Narrator: A too-beautiful cross-dressing younger brother
Kuranosuke: So, I’ll cast some magic on you.
Narrator: And his virgin elite elder brother appear.
Tsukimi: I’m so sorry!
Writing on letter: Death
Text: An increasing threat! The holy apartment might be gone!?
Kuranosuke: Listen to me… The tenants of Amamizu have not even one millimeter of intent to leave this apartment! We’ll all buy this building from you!
Tsukimi: I feel that if I have everyone’s power, we can do something even more amazing! Please!
Narrator: First-rate entertainment filled with laughs, tears, and moe from Cinderellas who are too geeky.
Kuranosuke: You guys take a good look at the moment this world changes.
Narrator: Kuragehime
Tsukimi: Putting our otaku lives on the line, we are deployed! 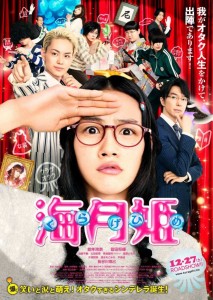 The story revolves around a group of young otaku women, each with their own specific area of interest, who all live together at an apartment complex called “Amamizukan” in Tokyo. In general the women tend to shun the need for having any men around, and thus refer to themselves as “Amars” (nuns).

Nounen’s character Tsukimi is an aspiring illustrator who befriends a young woman at a local tropical fish shop who actually turns out to be a cross-dressing young man named Kuranosuke. Soon, Amamizukan is threatened with demolition and Kuranosuke begins helping the girls become successful in order to save their beloved apartment building.