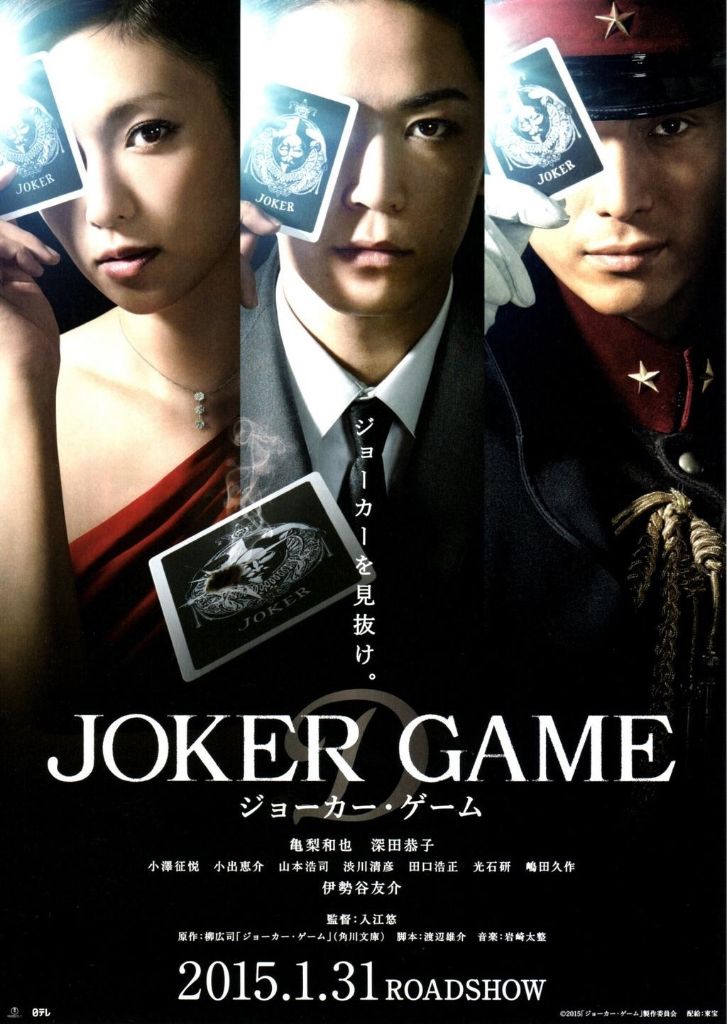 It was announced that the movie Joker Game starring Kamenashi Kazuya will be released on January 31, 2015. The first trailer has also been revealed. This spy suspense movie directed by Irie Yu is based on the bestselling novel of the same title written by Koji Yanagi. Filming took place in Japan, Singapore and Batam, Indonesia.

Set on the eve of World War II, it tells the story of a fictional spy organization where Kato Jiro (Kamenashi) was recruited by a top-secret military organization “D Kikan” led by a mysterious man named Yuki (Iseya Yusuke) who will establish the ultimate brain game revolving around the secret document called “black notebook”, which is also the aim of the rest of the world.

The first trailer that will be be shown across theaters starting from the 13th has been published on its official website. It begins with with the scene of a young man being given the pseudonym of Kato. Kamenashi also challenges a full-scale action scene and a kissing scene with Fukada Kyoko, who plays the mistress of the United States Ambassador Graham who has a “black notebook”.

The trailer is also up at the movie’s official website.