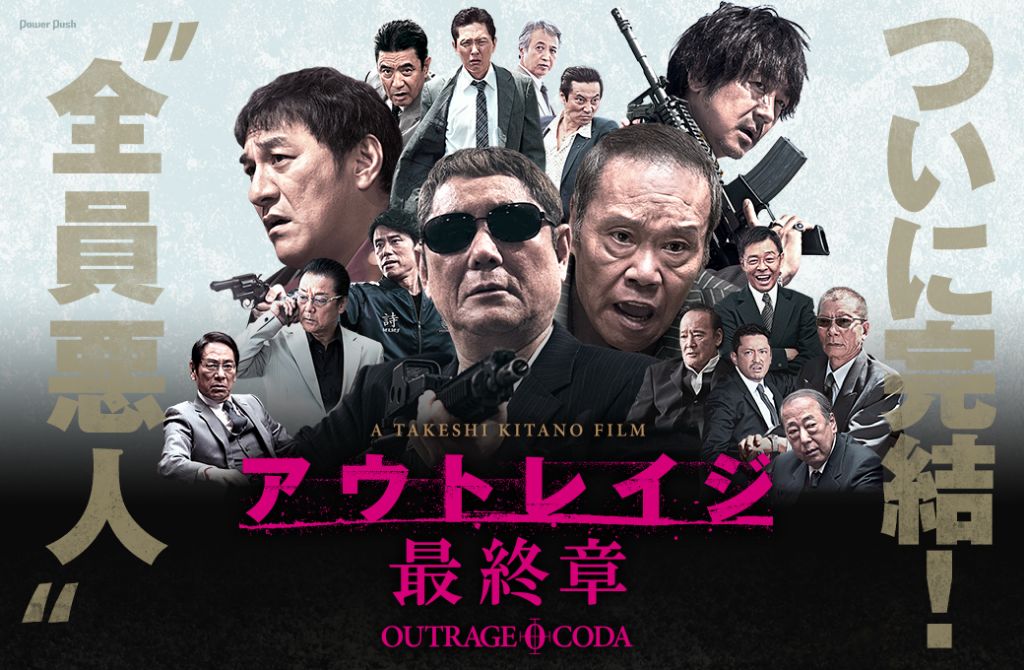 Topping the charts for the week is Outrage Coda, the third part of the Outrage trilogy movies starring and directed by Takeshi Kitano. The yakuza film was released on 287 screens nationwide, attracted 250,000 people and earned ¥352 million.

At no. 2 is Narratage starring Matsumoto Jun and Arimura Kasumi. The film mobilized 154,000 viewers and earned ¥216 million. The movie attracted a wide range of viewers from teens to 50’s, with a majority of female audience (5:95 male to female ratio). The movie was also presented at the Gala Presentation Division at the 22nd Busan International Film festival attended by director Yukisada Isao and Arimura Kasumi.