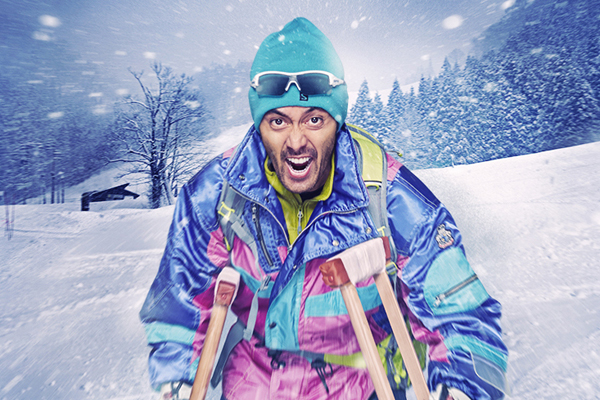 Trailer is out for the upcoming suspense movie “Shippu Rondo“, based on the novel of the Japanese thriller king Keigo Higashino and starring Hiroshi Abe as a scientist trying to recover a dangerous biological weapon. Well not exactly, as “Shippu Rondo” is packed with almost the same amount of fun and jokes as thrills. Check the details and the trailer after the jump!

A deadly biological weapon is stolen from a laboratory. But when the scientists receive a threatening message, suddenly the culprit is found dead hit by a truck. Now, one dull researcher Kuribayashi (Abe) needs only to find the missing substance and the only tracks he has lead him to a ski slope…

In supporting roles we can see Tadayoshi Okura from Kanjani8 and Yuko Oshima, who will help Kuribayashi in his pursuit (and who fortunately happen to be much better skiers). Tsuyoshi Muro, Keiko Horiuchi, Shigeyuki Totsugi, Tatsuomi Hamada, Jun Shison, Yumi Aso, Katsuhisa Namase and Akira Emoto are also part of the impressive cast.

The movie, directed by Teruyuki Yoshida, is heading to cinemas from 26th November.