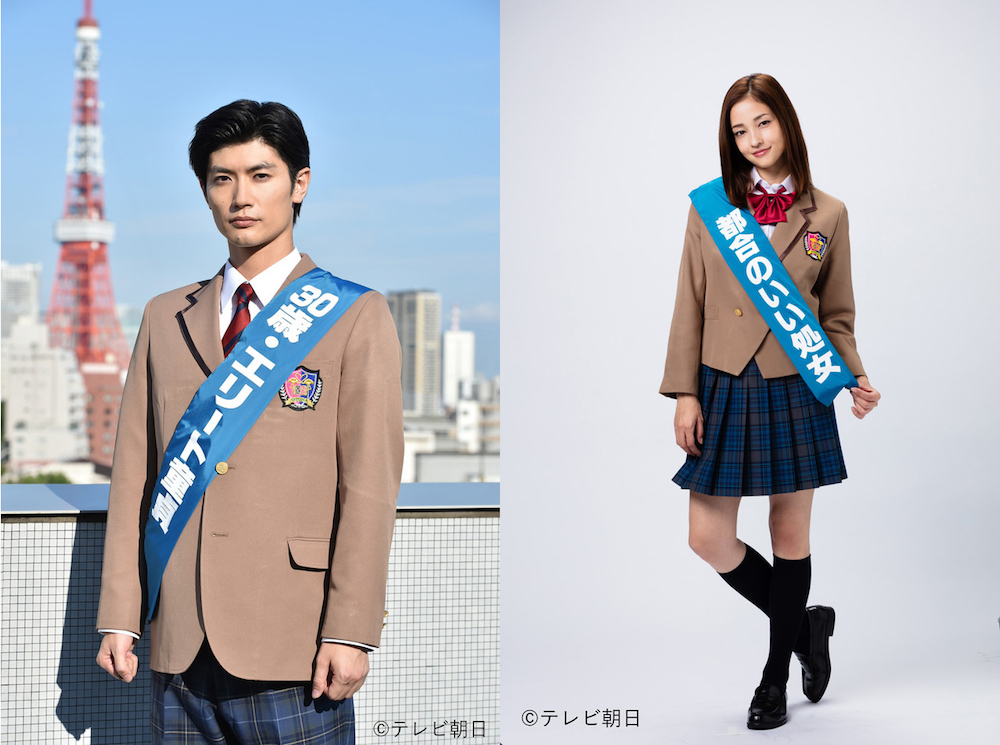 The show tackles Japan’s sensitive and somewhat controversial low birth date, but with a fun twist. In-order to combat the countries low birthrate the government decides to set up an “Otona Koukou”, basically an adult high school. Any adult over 30 years old is forced by the government to enroll in the school if they have no sexual experience.

Miura plays the lead role of Eito Arakawa, he is 30 years old and is naturally single. After graduating from a prestigious university he obtained a high position at a bank, often receiving praise for his work. Despite being very attractive he is still a virgin and doesn’t even have experience, what are the chances!

Kuroki’s character Maki Sonoda is in a similar situation. The 32 year old has a job at a trading company and is single. Despite being very attractive she also has no experience, and is forced to enroll in the adult school by the government.

Miura commented that he understands the sensitivity of the subject, and playing such a role was actually quite challenging.  He hopes to make Japan’s future as bright as possible with this challenging role. Miura’s co-star Ryo Ryusei was highly complimentary of the ikemen actor, claiming that everything about him was perfect.

While talking with reporters Kuroki joked whether or not the casting director made the correct choice, considering she had just given birth to her second child in June! She also shocked her co-stars when she revealed that she’s unable to swim, even though she’s from the island Okinawa. When asked about what activity she wanted to experience, the beauty replied with skiing and skydiving.

Otona Koukou will begin to air on October 14th on TV Asahi.