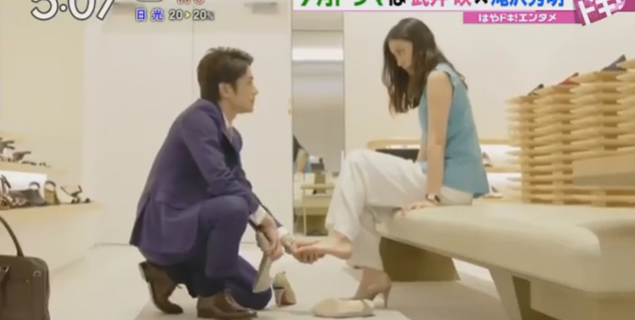 Takei Emi will be starring in the new TBS drama “Seisei Suru Hodo, Ai Shiteru” to start airing in July (Tuesdays, 10pm). Takizawa Hideaki will be co-starring with her, his first drama in TBS in 7 years since “Orthros no Inu”. The drama is based on Kitagawa Miyuki’s manga series of the same name. This is the first time for the both of them to work together.

Takei will play the heroine Kurihara Mia who works in the public relations department of a company. She gets involved in a forbidden relationship with the married vice president of the company, Miyoshi Kairi, played by Takizawa. They got to work together when Kairi is assigned as Mia’s trainer. He is sometimes harsh and yet gentle at others and Mia fall for him little by little.

Check out the teaser and additional cast below.