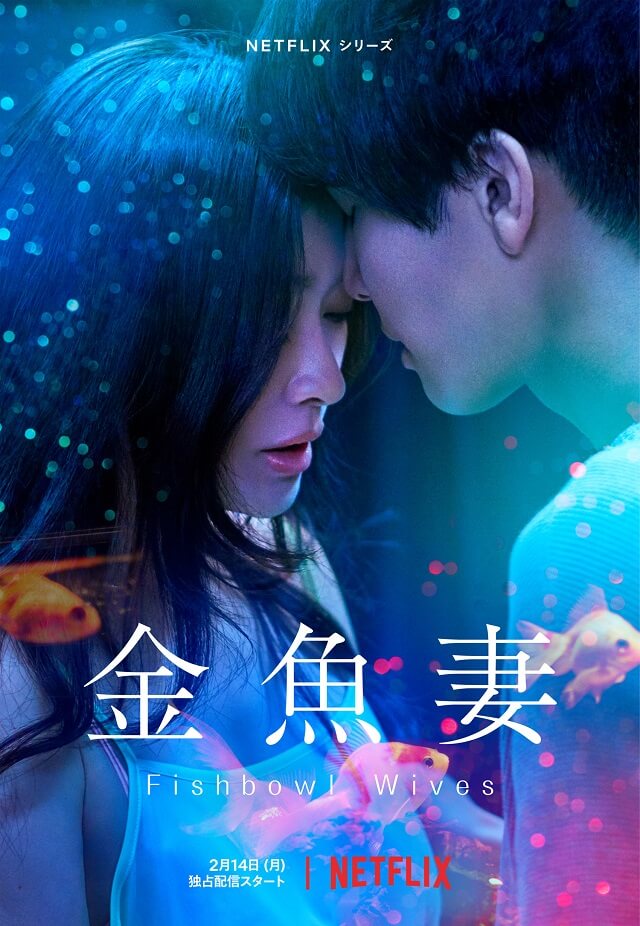 On February 14, Netflix will release the original series “Fishbowl Wives” worldwide. The series is based on the Kurosawa R manga “Kingyo Tsuma”, with “Fishbowl Wives” being the name for the international release.

The series tells the stories of six women who are having affairs for various reasons. Ryoko Shinohara stars as the main woman in “Fishbowl Wives”, Hiraga Sakura, who is physically, verbally, and mentally abused by her husband Takuya, played by Masanobu Ando. She finds relief in the arms of Toyota Haruto, played by Takanori Iwata, the manager of a local goldfish shop she meets while shopping for a new pet.

The full trailer, with English-language subtitles, has been released. Check it out below!