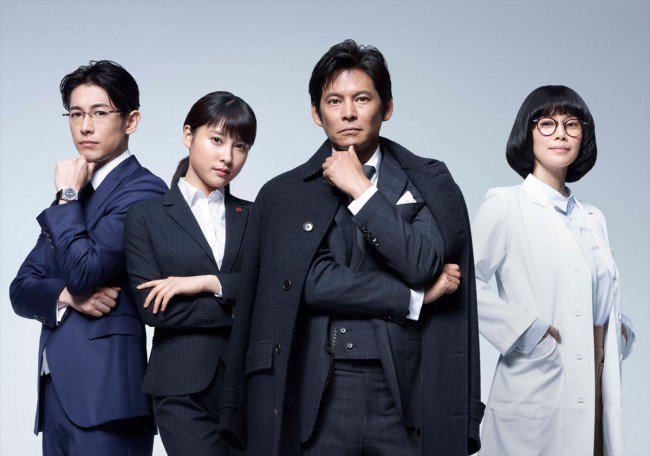 It’s Oda Yuji for the next season of TBS Sunday golden timeslot! Oda plays a genius in the new drama “IQ246 ~ Kareinaru Jikenbo”. It has been 9 years since his last starring drama in TBS “Joudan janai!”.

Check out more of the story and video of the cast introduction below. Get ready to meet the team in October, Sundays, 9pm!

Oda Yuji plays the character Homonji Sharaku, the head of the 89th generation of a noble Homonji clan, which had been pursuing nothing but academic. The eldest sons of the family possess an exceptional 1Q246 which has been passed down from generations. There is no need to work as the family has made a fortune due to their intelligence thus Homonji spends his time trying to find a worthwhile case to solve. The genius Homonji is armed with his huge knowledge and keen observation to ascertain the truth. However, he is seen as a weirdo by other people.

Tsuchiya Tao plays detective Wato Soko, who was assigned to the First Investigative Division. She is tasked to guarding Homonji rather than investigate crimes. Fujioka Dean plays the butler of the Houmonji clan and Nakatani Miki plays the role of forensic medical specialist Morimoto Tomomi.