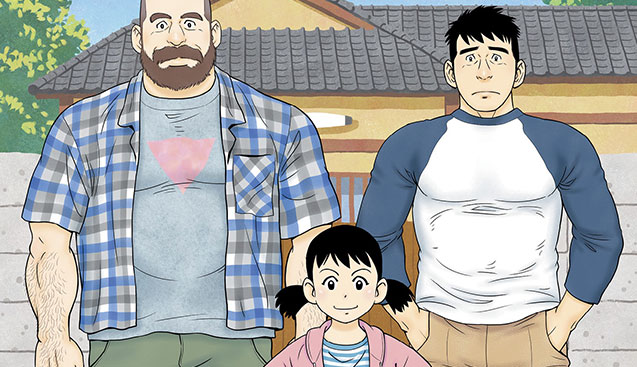 Gengoroh Tagame is known for his sexually explicit manga aimed at gay men. He shifted gears in 2014 when he created the manga “Otouto no Otto”, known in English as “My Brother’s Husband.” The manga tells the story of single father Yaichi, his daughter Kana, and a Canadian named Mike Flanagan. Mike is the husband of Ryoji, Yaichi’s recently deceased twin. During the course of the manga, Yaichi comes to terms with his brother’s sexuality, and Mike learns what caused the brothers to drift apart, with Ryoji eventually moving to Canada. The manga serves as a means to fight Japan’s more discreet brand of homophobia.

“Otouto no Otto” ran monthly from November 2014 to May 2017 in  Futabasha’s Monthly Action, later being compiled into four volumes. In 2015, the manga won the Excellence Prize in the manga category at the 19th Japan Media Arts Festival. In 2017, “Otouto no Otto” was translated into English and published by Pantheon Books in North America as “My Brother’s Husband.”

Today, NHK announced that it will air a three-part live action version of “Otouto no Otto” on March 4 – 18 on NHK BS Premium. Sato Ryota will portray Yaichi, while Estonian former sumo wrestler Baruto will play Mike.