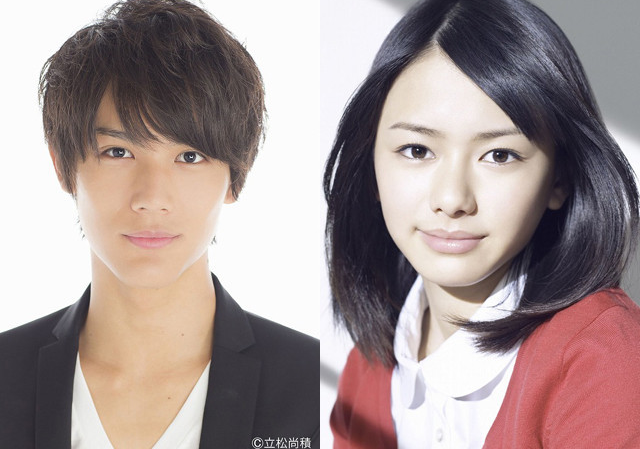 Minami kun no Koibito will be adapted into a TV drama after 11 years. The drama casts Nakagawa Taishi (Water Polo Yankees, Jigoku Sensei Nube) and Yamamoto Maika (Assassination Classroom) in their first starring role. The drama Minami no Koibito: My Little Lover will air on Fuji TV this year.

The story depicting love and cohabitation life of high school students Susumu Minami and Chiyomi Horikiri whose height suddenly shrunk into 16 cm. The drama is based from the manga of the same name by Shungiku Uchida. It has been adapted in 1990 (Masaki Kudou / Ishida Hikari), 1994 (Takeda Shinji / Takahashi Yumiko) and 2004 (Ninomiya Kazunari / Fukada Kyoko)

The drama will be directed by Kazuya Konaka and written by Yuka Arai from “Itazura na Kiss 2~Love in Tokyo”.

Susumu Minami (Nakagawa Taishi) possesses good looks and does well academically in high school. Horikiri Chiyomi  (Yamamoto Maika) is a bright girl who likes dancing. They were childhood friends and also their first loves, but after Susumu Minami’s father disappeared they hardly talk. On a storming night, Chiyomi has an argument with her parents over her future course and leaves home. While trying to avoid the rain, Chiyomi wishes that she go back to her childhood. Suddenly, Chiyomi becomes 15 cm. tall. Susumu Minami happens to see tiny Chiyomi Horikiri. She tells him that she doesn’t want anyone else to see her and Susumu Minami takes her his home.