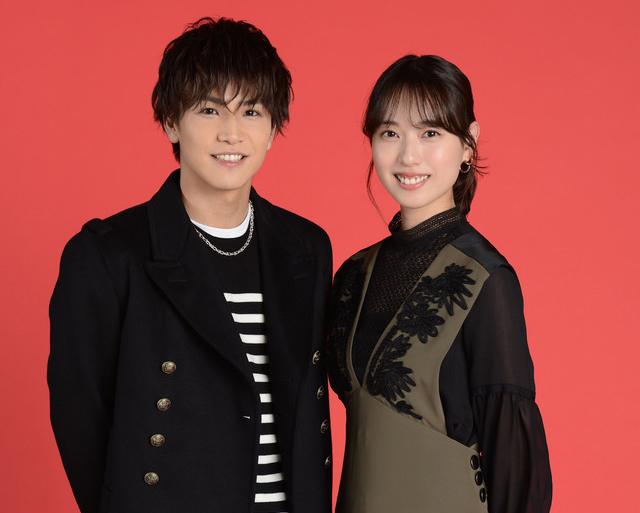 Sandaime J Soul Brothers’ Iwata Takanori will be starring in NTV’s new drama “Gakeppuchi Hotel!” starting April (10:30pm, Sundays). This will be his first lead role in a drama series.

Story for the drama series will take place at a hotel that is long past its glory days and nears bankruptcy. Iwata is joined by Toda Erika who plays Sana Sakurai, the hotel manager who struggles to revive the hotel. The hotel’s fortune changes when Ukai Naoya played (Iwata) arrives as a guest at the hotel.

The stage of this drama is set in a small hotel in the suburbs.
It used to be a classical luxury hotel boasting of its extravagant style, not generally known but loved by a select few……
However, as time goes by, it becomes a low-end hotel with a total debt of 300 million yen and is on the edge of bankruptcy!
Naoya Ukai played by Iwata is a casually dressed mysterious man who looks completely contradictory to the atmosphere of the hotel.
The story starts with this man walking into the hotel.
While the employees of the hotel show unpleasant faces because of his appearance, he starts to make demands that are unheard of one after another…
Who on earth is he!?
Meanwhile, Sana Sakurai played by Erika Toda is the 29-year-old general manager of the hotel.
She is serious, single-minded and carries all the hotel’s debts. Though she is clumsy, she tries her best to reform the hotel.
Two people with contradictory personalities who should not meet will encounter. What will happen to this low-end hotel?!

Naoya Ukai (28) ~Mysterious Customer~: Takanori Iwata
A customer who dresses very casually appears in a hotel which is on the edge of bankruptcy.
The employees of the hotel show unpleasant faces because of his appearance. And if that is not bad enough, he starts to make demands that are unheard of one after another.
Is he the kind of troublesome customer who runs away without paying money…… Though this has been suspected, Ukai has his own purpose……
This man only acts on his own philosophy and seems indifferent to everything. No one knows what he is thinking.
Because of that, everyone thinks he has no interest in other people. However, he is observing people around him very closely with his keen insight…
Because of his appearance, customers never recognize that he is the deputy manager of this hotel. Thanks to that and his ability to read people, he is able to sense the unshown part of the customers.
He speaks bluntly of what he thinks and often gets to the heart of the matter. However, it is hard to hate him.
He likes to participate in prize competitions. Though he wins prizes which nobody wants at all, he still takes pride in it like a young boy.

Sana Sakurai (29) ~General Manager~: Erika Toda
Sana Sakurai is a lady who took office as the general manager of the hotel at a young age of 29 when her father Tsuyoshi passed away.
The hotel’s liabilities have come to 300 million yen since Tsuyoshi got sick and became confined to his bed.
It is due to the poor operation and management of Sana’s brother Tokujuro who acted as the general manager and whose whereabouts are now unknown.
After her father’s death, nobody wanted to save the hotel from bankruptcy. She was the only one who volunteered to be the general manager of the hotel and got the position in the end.
Sana Sakurai is a serious and single-minded woman who lives her life in a straightforward and honest way.
However, because of her straightforwardness, the “strange” hotel staff distanced themselves from her.
She is also underestimated and despised because of her young age, thus she became a general manager with no authority over her employees.
She appears to be capable and experienced when coping with customers and staff. But like many women of her age, she often complains as she manages the general manager’s office alone…