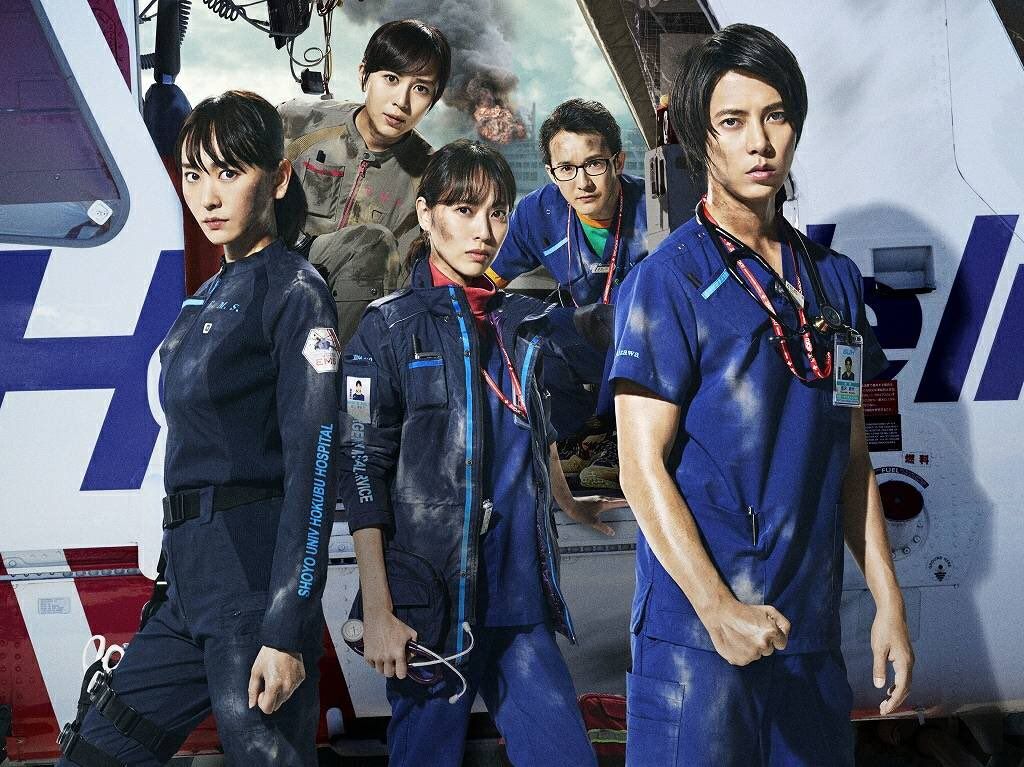 In the trailer, the team were seen rushing through scenes of major accidents occurring simultaneously at Narita Airport and Umihotaru. Shinkai (Ando Masanobu) and Tachibana (Shiina Kippei) will also be joining the movie. The series’ popular theme song “HANABI” by Mr. Children will also be used for the movie version.

The guest stars have also been revealed. Mackenyu, Katase Rino and Yamaya Kasumi will be joining the cast to give more touch to the human drama in “Code Blue”. The film opens July 27, 2018.