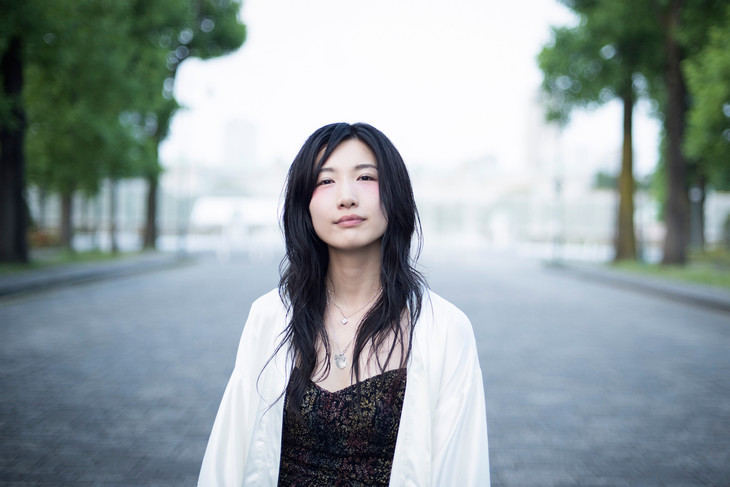 Backing music is by quite a strong team in it’s own right, including Soil and Pimp Session‘s Midorin on drums, Quruli‘s Masashi Satō on bass, Katagi Nozomi Yori from Jizue on keys and finally Sato Gosakana providing the brass arrangement and melotron.

The track really takes a dive from the usual math rock that tricot fans have come to know and love, and instead really reaches for a more grounded, emotional and significantly more ballad style approach. It is really easy to understand the instant (and undeniable) ‘Shiina Ringo‘ connections listeners are making- it really does sound like something from Muzai Morotorium or Shouso Strip, albeit a bit tamer and glossier in comparison to the latter.

The video itself is taken from a longer 60 minute video from Nakajima’s Ustream, which basically was a video following her while she took a late night stroll around the city.

What this means for tricot (if anything) is currently unknown, whether or not Nakajima is going to pursue a solo career or if it’s a one off is also not clear (although she has launched her own website)- but what we do have now is quite a beautiful treat that will likely bring in quite a few new listeners. Watch the video below!