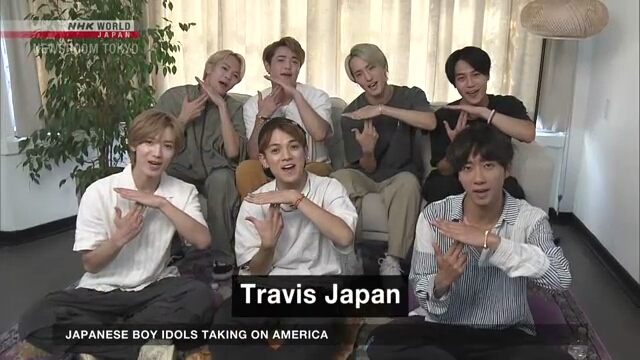 Ahead of their international debut, Travis Japan appeared on NHK World’s “Newsroom Tokyo” on October 27. The segment covered the group’s journey in the United States, including “America’s Got Talent.”

During the segment, there were also interviews with their longtime trainer Travis Payne, superfan Christy Lou, and me, music journalist Ronald Taylor.

It was also announced that along with the release of their debut single “JUST DANCE!”, there will be two remixes of the song, provided by tofubeats and Yaffle.

Travis Japan’s debut is a something new for Johnny & Associates, but they do have a number of digital events planned for their October 28 debut. Check out the schedule, along with their “Newsroom Tokyo” segment below!