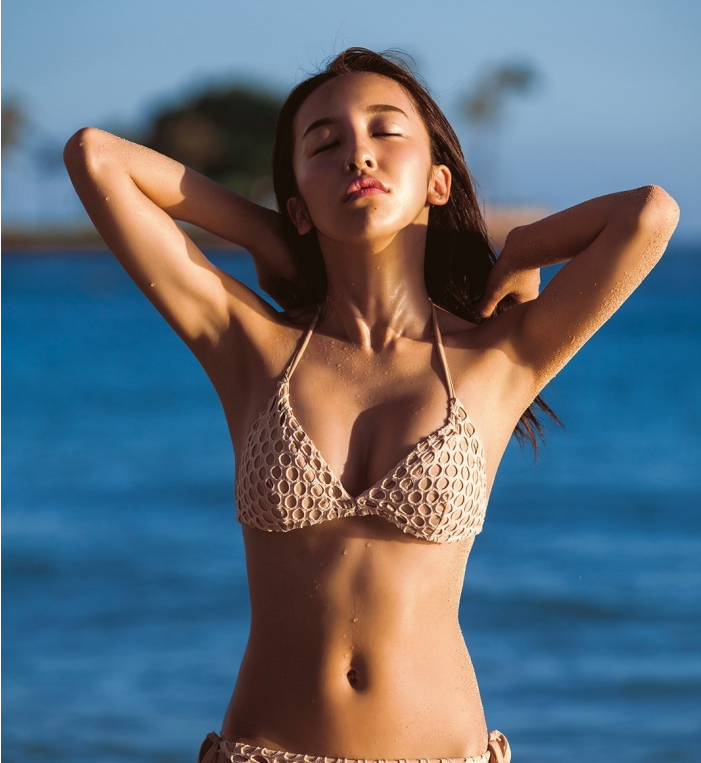 Former AKB48 member Tomomi Itano has released a brand new photobook titled “release“. Her 7th overall, this is Itano’s first photobook release in over 2 years. Her last being 2015’s “Luv U“, in celebration of her 10th anniversary since joining the entertainment industry.

release was shot by famed Singaporean photographer ND Chow. The photos perfectly encapsulate the sexy nature of Itano, while still showing off her cute “glittering” idol charm. The photos are typical photobook fare, including shots of Itano frolicking on the beach and beautiful nature shots. At a press conference for release Itano shared that she’s very satisfied with the final product, one of her favorites from the collection is a cute pink swimsuit seen near the end of the book. Itano credited dancing to keeping her body bikini ready, and excitedly stated that she will continue to dance in the future!

“The Voice” of Japan further commented that when her first photobook “T.O.M.O.rrow” was released when she was still a teenager, at 26 years old Itano wanted to fully showcase her current adult image. Regarding future activities, Itano is excited to return to the studio and record new music. She also shared that she would like to try taking more acting roles as well. A dream role for the singer would be to play someone who is the complete opposite of herself.

Itano went on to cheer on AKB48 member Mayu Watanabe who will be graduating from the group on October, 31st. She hopes to attend the graduation concert, and promises to work hard without losing to the active AKB48 members!

release is in stores now.