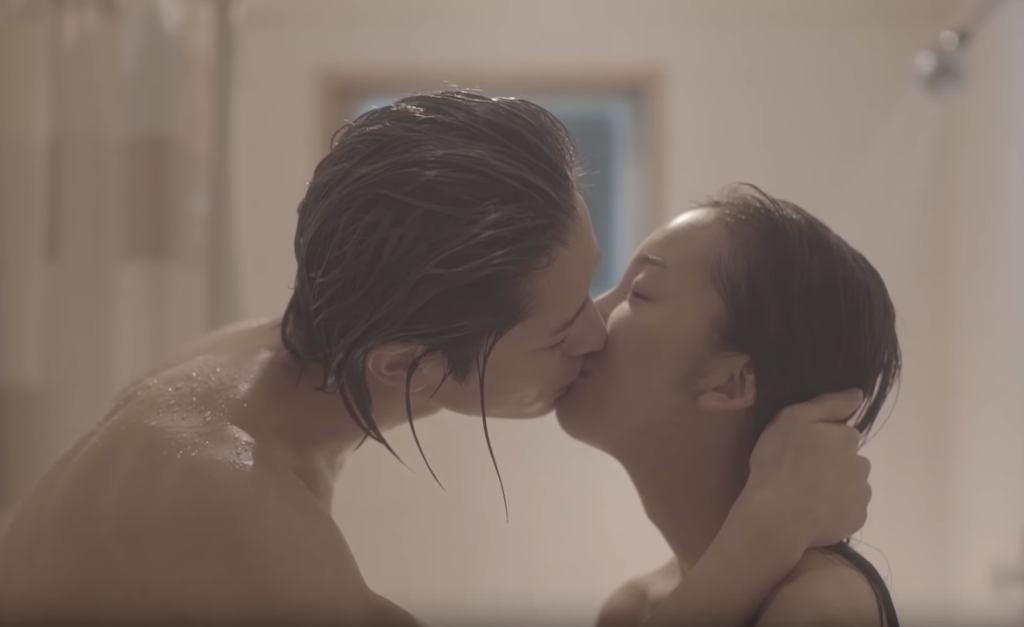 Songstress Tomomi Itano has released the MV for her highly anticipated single “Suki to Iu Koto“. Her 11th single overall, it will serve as the official image song for the jewelry brand “Aime jewel”.

The MV has been described to have a “drama” theme, depicting young love. It beings with Tomomi’s boyfriend giving her a piggyback ride on the beach, where he playfully trips causing them both to fall.

It then goes on to showcase their everyday life. Getting ready in the morning, preparing meals together, relaxing on the beach, and bathing together. Tomomi is an up-and-coming fashion designer in the MV, while her boyfriend is a bartender.

Tomomi’s boyfriend is played by model and actor Akihisa Shiono, where a kiss scene between the two has been making headlines!! Check out the full MV below