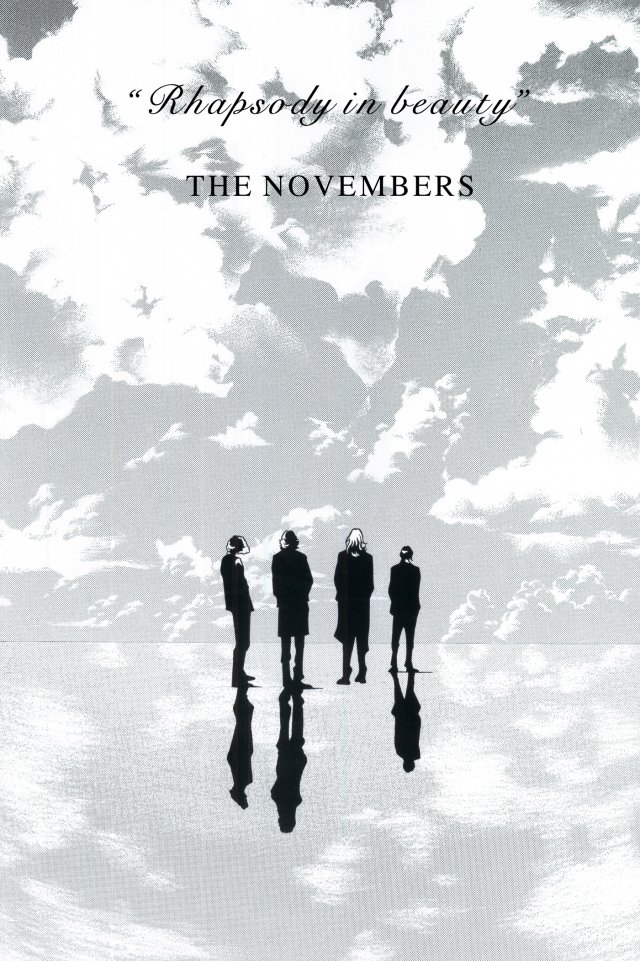 As we’ve previously reported, alternative rock band The Novembers will be releasing their 5th studio album ‘Rhapsody in beauty’ on October 15th.  However, if you just can’t wait another week to hear the album then don’t despair – The Novembers have you covered.

As of today, ‘Rhapsody in beauty’ has been released worldwide on the music streaming service Spotify.  This move is a conscious effort by The Novembers to look beyond Japan and begin to consider activity overseas in a more serious fashion, following in the footsteps of such bands as BORIS and BO NINGEN.

The album can be found right here if you want to take a listen.  That said, ‘Rhapsody in beauty’ will still be releasing physically in Japan next week, so if you’d like to support the band, that would probably be the best way.