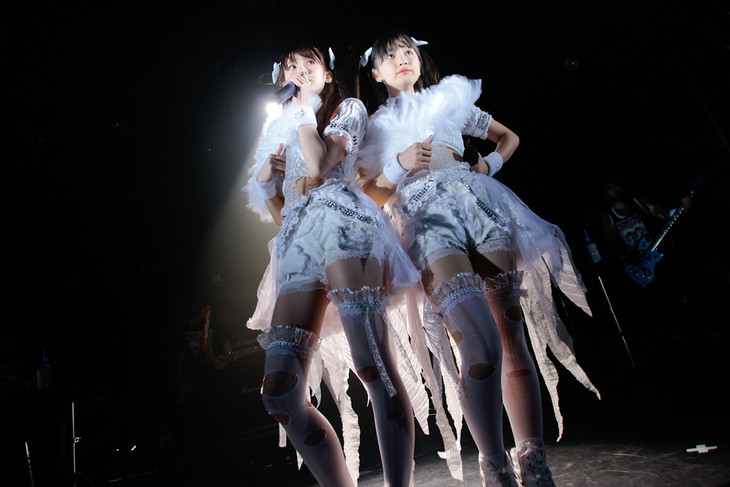 After making the shock announcement that LADYBABY were dropping their gentle bearded giant, LADYBEARD and creating the group “The Idol Formerly Known as Ladybaby“, they have now announced their debut single (and in turn, major label debut) under the new unit. They announced this during yesterday’s live show at TOKYO LIQUIDROOM, “The Idol Formerly Known As LADYBABY ~ Let’s go Crazy ~“.  Read more after the gap.

During the show last night, they debuted two new songs “Onigirikku Revival” and “Joujou Shantan (Shan Shan Shantan)“, which presumably will be the two featured on the upcoming (as yet untitled) single. The single is being pressed by KING RECORDS and will be released on November 30. It is available to pre-order from Amazon Japan now and comes in multiple versions: standard CD only, and limited edition CD+DVD.

Furthermore, The Idol Formerly Known as Ladybaby will be undertaking a tour of Tokyo, Nagoya and Osaka starting from February 2017.