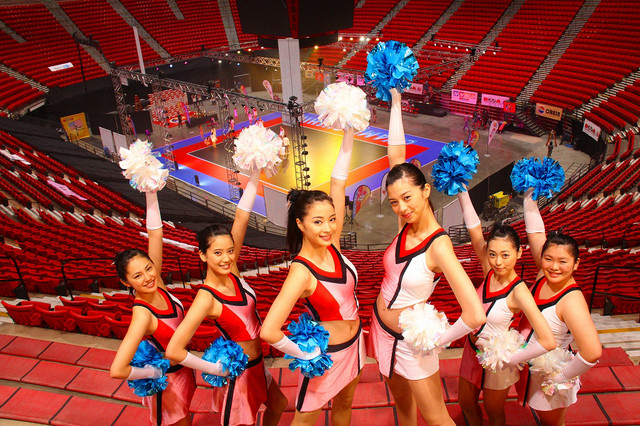 Suzu Hirose lands the lead role in the new film, “Cheer☆Dance ~ A True Story of High School Girls’ Journey to the Top in America ~”. Like the long title says, the film follows the true story of a Japanese cheerleading team competing in an American competition.

Hikari Tomonaga (Suzu Hirose) is an average student who plans on joining her high school’s cheerleading club. She changes her mind after discovering the strict rules enforced by the club’s coach, Kaoruko Saotome (Yuki Amami). “Head for the Nationals!” “No Bangs!” and “Love Ban!”. After a little encouragement from her crush, Hikari decides to join the club. Little does she know, her journey into the world of cheerleading will take her across the ocean. The lighthearted comedy follows the high school team as they make their way to the cheerleading championships in America.

The movie will open in theaters March 2017.