Sexy Zone will soon be celebrating their 5th year anniversary! Time surely flies, it was in 2011 when tiny Marius debuted at the age of 11 and now he’s taller than everybody else in the group.

The groups’ 12th single “Yobisute” will be released on Oct 19. Wanting to change something, I tried calling your name with “yobisute (no suffix).” This is Sexy Zone’s first medium tempo, ballad single. A best of album (Title TBA) will also be released on the day of their anniversary, Nov 16.

Now that their anniversary is coming, time to check out the latest from the group. How much taller did Marius grow? How is Shori as the designated center? Is Fuma still trying to be an Akanishi 2.0? 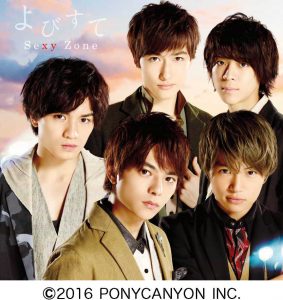 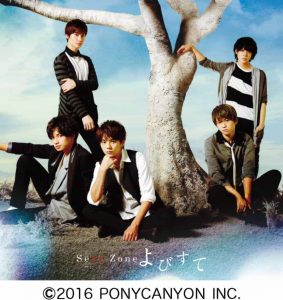 (Bonus DVD)
The birth of a hybrid idol who can also cook and speak English!? Sexy Apron Competition ~I’m the king of cooking! ~
Round 3 of the bonus footage variety project is a cooking battle! The members decipher the instructions given in English and cook as they see fit! How good are the Sexy Zone members’ cooking skills?! The hilarious all-out battle was conducted in a tournament format and will definitely be fun to watch! 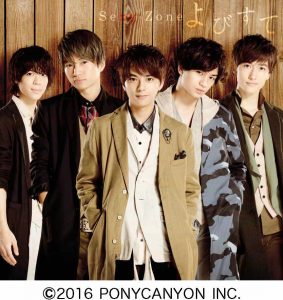 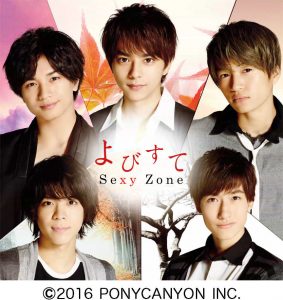 Specs: Featuring a back cover designed by the members of Sexy Zone
*An original illustration drawn by the Sexy Zone based on their impressions of the songs is being used for the back cover!