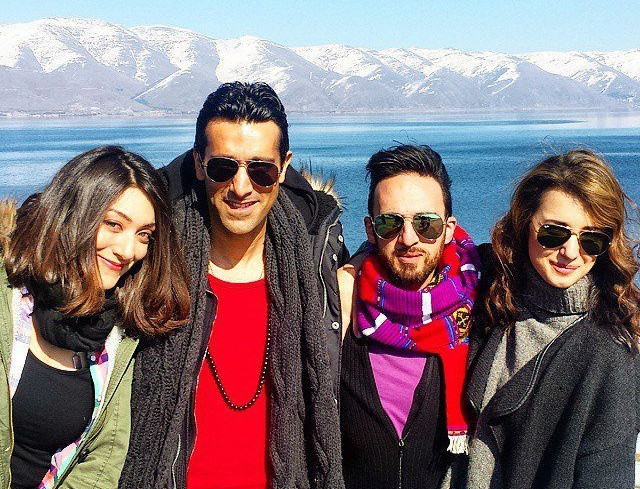 The rumors from a couple week ago of Japanese-Armenian singer Stephanie Topalian participating in Armenia’s 2015 Eurovision Song Contest submission are confirmed!

Armenian Public TV Company announced their submission will be uniting the new generation of Armenians spread through 5 continents (Europe, Asia, America, Africa, and Australia) around the world in the year of 1915. The group consists of 6 artists with Armenian origin – 6 destinies with 1 story.

Stephanie took to her official Facebook page to finally share the news, “It is a dream for me to be able to represent both Armenia and Japan with something that I love to do. ‘Music’ and my ‘Roots’ are so precious to me. I will do anything it takes to better our team. Thank you guys for all of your support, and I love you from the bottom of my heart.“

Armenia has been placed in Pot 3 based on voting patterns from the previous ten years and will take part in the first half of the Semi-final 1 that will take place on May 19 in Vienna.