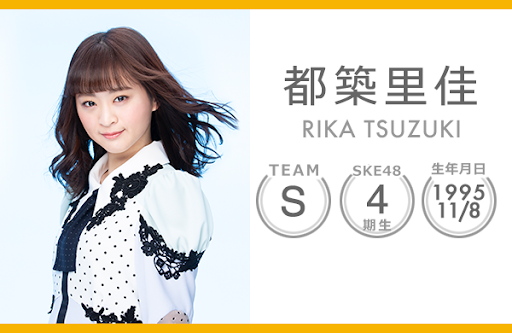 Trouble is in the air for SKE48 member Rika Tsuzuki. Just the other day she made a not so nice tweet about her sister group HKT48. In a swiftly deleted tweet, Rika wondered why the members of HKT48 were suddenly so ugly. “When did HKT48 become the group with ugly girls?“

Rika apologized in tweet, admitting that she posted something “inappropriate”. Apologizing to both HKT48 staff and fans, her management “Zest” also released their own apology. As a result of this, Rika has been indefinitely suspended from using both Twitter and Instagram.

SKE48 member and manager Makiko Saito also released her own apology on Twitter, promising to be careful with what they say on SNS and try their best to deliver a smile. “Thank you from the bottom of my heart for your strict voices“.

Rika made her debut in 2010 as a 4th generation member of SKE48. She has never ranked in the Senbatsu Election.