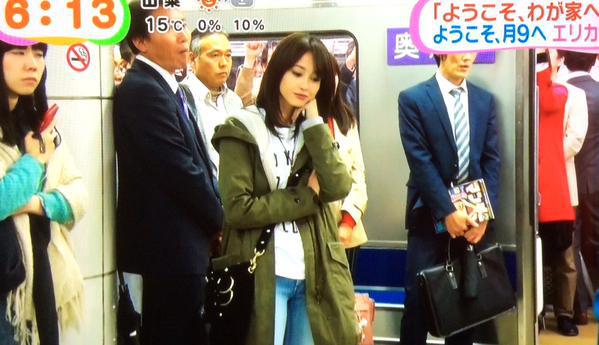 It was previously announced that Arashi‘s Aiba Masaki will be starring in Fuji TV’s drama “Youkoso, Waga Ie e” (Welcome to my home). The drama will be Aiba’s debut in the “Getsu 9” timeslot. Based from the original novel of Ikeido Jun (Hanzawa Naoki, Roosevelt Game), “Youkoso, Waga Ie e” is a suspense drama about Kurata Kenta (Aiba), a commercial designer who became a target of stalker after warning a man from jumping queue at train station.

It was also revealed on Friday that Sawajiri Erika will be joining the cast and playing Aiba‘s heroine. Aiba’s character will strike an unusual partnership with Sawajiri. Sawajiri plays the role of a cute female magazine reporter who is chasing a stalker. Sawajiri’s character is not in the original novel and this is the first time that the two will work together.

Aiba plays the eldest son. Completing the Kurata family, are: Terao Akira (father), Minami Kaho (mother), and Arimura Kasumi (younger sister). All members of the family will have to confront the fear from relentless harassment of an unknown stalker. The drama will air this April.