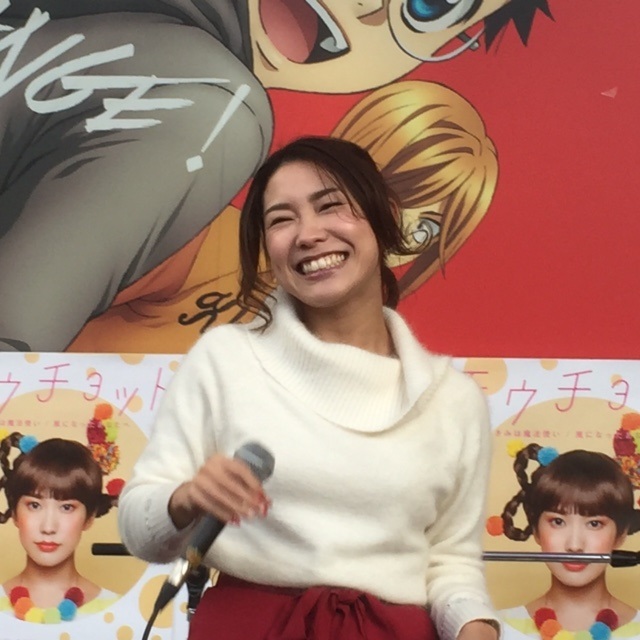 “This year, I want to go on Music Station!”

“I want a major hit this year!”

These are the wishes made by Sato Mieko, a singer-songwriter who recently promoted her newly released Triple A-side “Mou Chotto / Kimi wa Mahoutsukai / Kaze ni Natta Anata e” at a free mini-live in front of Nagoya’s Parco on January 7th.

Sato is no stranger to the Nagoya music scene. She originally started her music career as a singer-songwriter under the pen name “Fuuka Koyoi”, releasing only one single in 2007. She then went on to join the mega-idol group SKE48 in 2008 as a member of Team S. There, she regularly performed with her fellow members on the local SKE48 stage or on stages in front of thousands around the country. 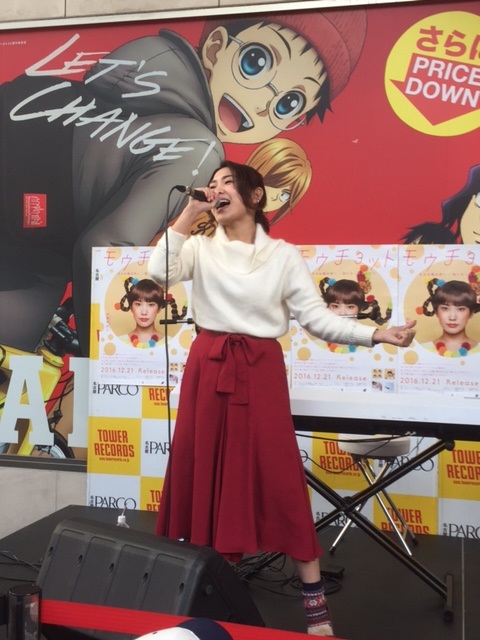 She left SKE48 in 2015 to continue her dream of being a singer-songwriter. The musician went on to release a single in 2015 named “YOUR COLOR” and an album named “Yakusoku” in 2016 under an indies label. She recently released another single, her first triple-A single, on December 21, 2016. However, because of the holiday season, she couldn’t promote until January 7 when she appeared at Parco in Nagoya’s Sakae shopping district.

I arrived at the little stage area next to Parco’s entrance a few minutes before the live started. I was able to secure a spot close to the stage. The crowd was pretty small with maybe 30 people in attendance. There were a lot more males than females as some of them might have been her fans when she was in SKE48.

As soon as 3:00 pm hit, Sato came out with a bright smile and greeted the crowd. She then kicked off the mini-live by singing “Kimi wa Mahoutsukai”, a mid-tempo song that showcased her graceful vocals. She then talked a little bit afterward as she greeted the crowd once more and talked about the outfit that she was wearing and how she obtained it recently. 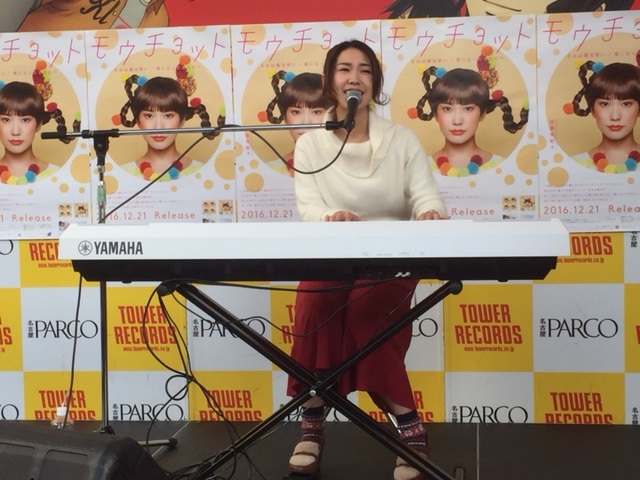 After the technician gave her the ok, Sato proceeded to her electronic piano to sing one of her self-penned songs “Aitai”. Sato said that this a new song mid-tempo ballad that she wrote recently. Once she finished singing “Aitai”, she stepped away from the piano and did another small talk. This time was about what she during the New Years’ holiday. She also asked the crowd what we did during the holidays.

Sato went on to sing “Mou Chotto” which had me as well the rest of crowd clapping joyfully along with this high tempo, fun, rock-pop tune. Saito’s nervousness faded while she sang with her charismatic and cute personality beginning to shine.

The last song, entitled “Kaze ni Natta Anata e”, was a personal one. She wrote this tune after her father died last year. She kept back tears as she performed with a calm and meaningful presentation.

Sato Mieko is a talented singer-songwriter who has a really soothing and beautiful voice. Although she admits that she doesn’t do good MCs, Sato can easily make the crowd feel welcomed and gets them involved in her small talks and helping out singing with songs.

Check out “Mou Chotto” below! What do you think of the song?