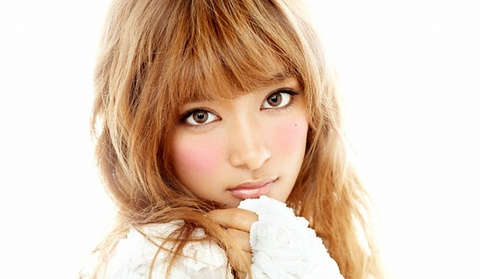 “Will she disappear at this rate?” say some of the negative rumors surrounding Rola recently since her regular television appearances have decreased. Rola herself recognizes this as the truth, but there is a reason why she has been turning down requests to appear on television programs. She has a big dream that she wants to make reality.

On the December 29 episode of “Sukkiri!” the host Terry Satou directly asked Rola (24) about her true intentions. He covered a favorite shop that she has been visiting privately and lastly interviewed her at a stylish tea ceremony shop in Ginza.

There may be a surprising amount of people who think this, but Rola is the type that without reluctance solidly plunges forward towards her dreams and goals. Currently, she is aiming for full blown activities as a singer and is studying singing and English. In 2012, she was praised for having a beautiful voice on her first single “Memories” but has not released any new songs other than that. At the time she was exceedingly busy as a talent. Rola, who wanted to put her full effort into singing activities managed her time in order to preserve time for singing lessons. Her regular television appearances were reduced because she herself turned offers, and she is focused on becoming a real singer.

Because she has also put effort into studying English, even though her regular television appearances have decreased her daily schedule is fairly busy with undertaking this one job. “I’m trying not to think of it as bothersome,” Rola expressed with a sense of strong conviction.

Rola is known for being skilled at cooking and handles fish herself, specializing in boiled fish. She says that her ideal man “continues his endeavors,” and has has the dream of having twins at the time she is 30 and living a happy life. We may have a slightly misunderstood Rola who says, “The piling up of small efforts bears large fruit.”