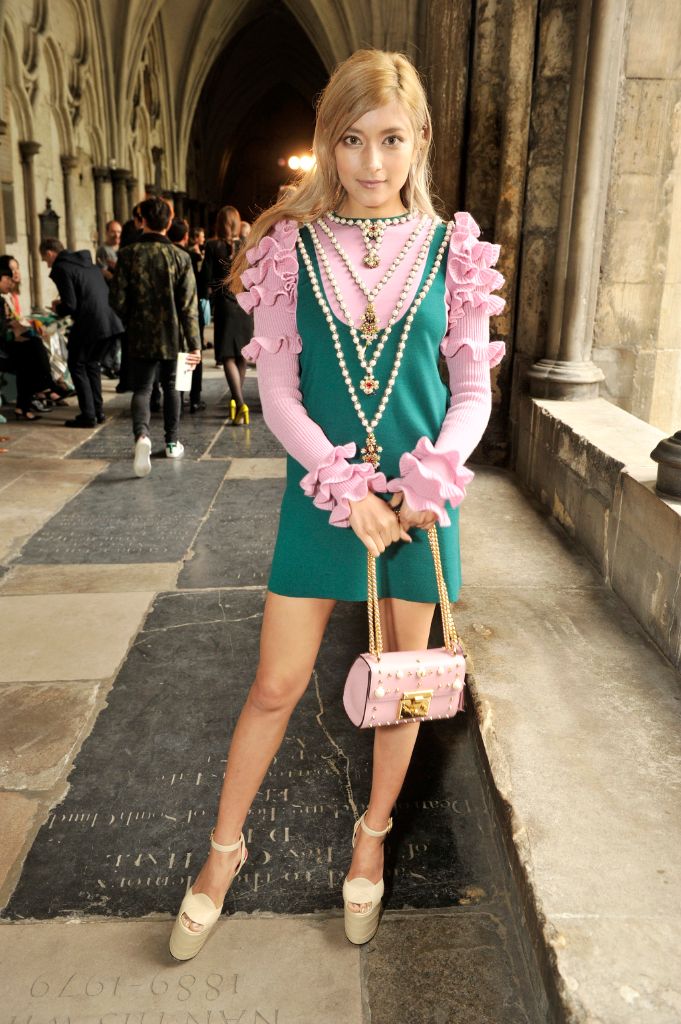 Last week, Gucci held its Resort 2017 show in London. Among those in attendance was Rola. Her place on the show’s front row led many to wonder who she is, including American Vogue. The magazine’s website released a profile on Rola, serving as a prelude to her upcoming American debut.

Gucci’s front row is never short on characters, but yesterday at the brand’s Westminster Abbey Resort show a new face stood out from the crowd. Rola, the Japanese-Russian-Bengali model/television presenter/actress and Instagram queen sat alongside Elle Fanning, Chris Lee, Soko, and a host of other stars from around the globe and perhaps outshined them all. In her pink and green ruffles, Rola looked every inch the Gucci girl, but she’s more than another well-dressed Fashion Week attendee. Her bubbly on-screen image and innate fashion sense made her famous in Japan; now she’s gearing up to take her talents and brand stateside.

Discovered on the streets of Shibuya as a teenager, Rola quickly became a fixture in Japanese teen magazines and on the runways during Fashion Week Tokyo. Not content to simply wear clothes for a living, she transitioned into hosting variety and game shows. Her distinctive beauty and unique outfits caught the attention of viewers, as did her playfulness. Known for being candid and kawaii, Rola’s sweetheart image landed her lucrative endorsements—she’s a face for Puma and countless other products in Japan—as well as a series of best-selling books and a dedicated social following of 3 million Instagram fans, who keep track of her every outfit and adventure. Securing her first Hollywood role with a part in next year’s “Resident Evil: The Final Chapter”, along with Milla Jovovich and fellow model turned actress Ruby Rose, is simply the next step in a career that is already in high gear.

When it comes to fashion, Rola is skilled at incorporating her luxury pieces into ensembles in a way that feels original and personal, rather than culled from the runway. Tossing an Acne Studios dress over a Stella McCartney shirt and topping it off with a Bulgari bag? That’s standard mixing and matching in her book. Rola’s closet is a playground filled with Vetements, Proenza Schouler, and Balenciaga, but she’s not afraid to add a pair of H&M boots or pull out throwback overalls from Stüssy. Erring in favor of the audacious and creative, she brings the peppy, colorful spirit of her on-screen persona straight into her wardrobe.

Rola at the Gucci show:

Will Rola soon be an international sensation?